You are here: Home / Health / Mental disorders high in US defence personnel

A new study has made some startling revelations about the psychology of defence personnel in the United States.

The largest study of mental-health risk ever conducted among the U.S. military has discovered that the rate of many mental disorders were much higher in soldiers than in civilians

During the study, the researchers found that many soldiers suffer from some form of mental disorders, rates of many are much higher in the armed personnel.

The findings of the study were published in a series of three reports in this week’s edition of JAMA Psychiatry. 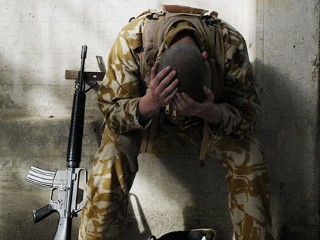 The researchers used the data collected in the survey of the Army’s STARRS (Study to Assess Risk and Resilience in Servicemembers) of almost 5,500 soldiers. The survey concentrated on the factors like clinical depression, bipolar disorder, panic disorder and PTSD.

Study also found that about 14% of soldiers had thought of suicides, while 5.3% had planned to take their lives. Moreover, 2.4% had actually made one or more suicidal attempts.

The three papers have brought a very disturbing picture of the armed personnel in the United States. The researchers were clues about the reasons behind these mental disorders and suicides among the armed men but they believe the study may play a significant role for the military to help develop outreach programs for new soldiers as well as those who are already in the service.