A technical problem was reported at the International Space Station (ISS) but the crew was not in any danger, NASA said.

According to the insiders of the US space agency, one of two large coolant loops at the ISS, where electrical systems ride, experienced shut accidental down earlier in the day.

NASA spokesman Josh Byerly, said, ” The issue is likely linked to a valve problem. A lot of the systems in European and Japanese laboratories aboard the ISS have been switched onto the other coolant loop or shut down.”

“At no time was the crew ever in danger. The crew is fine,” he further said.

A NASA statement said, “Some non-critical systems have been powered down inside the Harmony node, the Kibo laboratory and the Columbus laboratory while the teams work to figure out what caused the valve to not function correctly and how to fix it.” 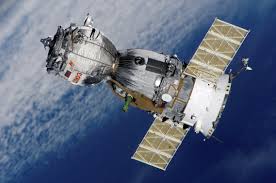 According to the statement, the crew is preparing to begin a normal sleep shift while experts on the ground collect more data and consider what troubleshooting activities may be necessary.

Meanwhile, NASA and Russian ground controllers are investigating the exact cause of the docking delay.