Amid the degrading climatic conditions and global warming, scientists have warned that if the situation continues famous global landmarks including the Statue of Liberty, Tower of London and Sydney Opera House will be lost to rising seas.

The UN climate science panel has observed that even with just a further 3C of warming can raise the temperature levels at alarming rate by the end of the century.

The researchers say nearly one-fifth of the 720 world heritage sites on the planet will be affected by the melting ice sheets and warming oceans. 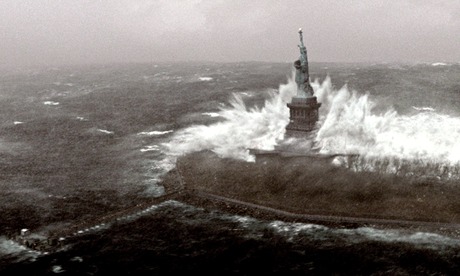 The startling exposure has been made in a study that was published in the journal Environmental Research Letters.

The study looked at how many Unesco sites would be threatened after 2000 years of rising sea levels. Researchers say, the first impacts of the climate change would definitely be felt much sooner without action on flood defences.

Lead author Prof Ben Marzeion, of the University of Innsbruck in Austria, said, “It’s relatively safe to say that we will see the first impacts at these sites in the 21st century. Typically when people talk about climate change it’s about the economic or environmental consequences, how much it’s going to cost. We wanted to take a look at the cultural implications.”

According to the researchers, vulnerable sites in Europe includes the leaning tower of Pisa, which is not directly on the coast but would be affected by sea level rises. Another is Venice including Hamburg, Lübeck and Bremen in Germany.

Westminster Abbey and Westminster Palace, city centres of Bruges in Belgium, Naples in Italy and St Petersburg in Russia are also facing the threat, says study.