Scientists have discovered five new species of armored spiders in the caves of Southeast China, a news release from Pensoft Publishers said.

All the newly discovered species are from the South China Karst, which is spread across the provinces of Guangxi, Guizhou, and Yunnan.

According to the United Nations Educational, Scientific and Cultural Organization says the South China Karst is “supreme in terms of the rich bio-diversity of its karst features and landscapes.”

The new variety of armored spiders is medium to small sized. They get their name from the advanced pattern of the plates housing their abdomen that look remarkably like body armor. These spiders are known for their fascinating armor-like abdominal pattern. 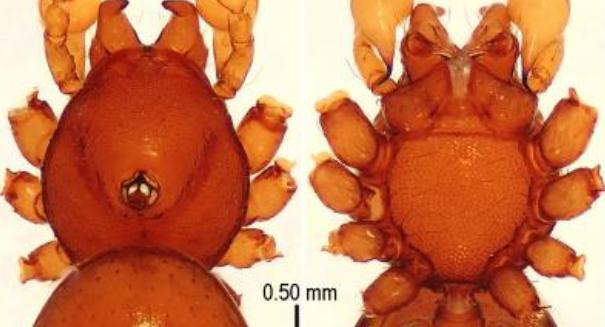 They belong to the family Tetrablemmidae and are primarily found in litter and soil and some also reside in caves.

The researchers at Chinese Academy of Sciences studied more than 2,000 caves in the South China Karst and found new species of the spiders. Consequently, the total known spiders species of China went from 2,300 species to 4,300 species in the last decade.

The findings of the study are mentioned in the journal ZooKeys.