After igniting a controversy by announcing open support to the medical marijuana, CNN’s chief medical correspondent Sanjay Gupta has apologized for misleading the public on weed. However, he has clarified that the apology must not be misconceived as he is not withdrawing his support for the medical pot.

In August last year, he has publicly hailed marijuana for the medical purpose.

On Wednesday, he wrote in an op-ed for CNN that since the cable news giant’s “Weed” documentary aired last August, he has continued to travel the world meeting with hundreds of patients and scientists. He also mentioned that now he is more supportive of medical marijuana than he was before. 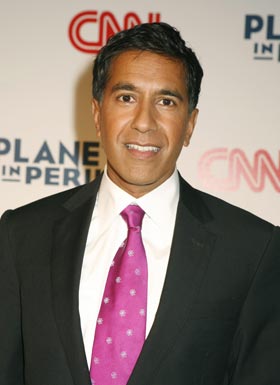 “I am more convinced than ever that it is irresponsible to not provide the best care we can, care that often may involve marijuana. I am not backing down on medical marijuana; I am doubling down,” Gupta wrote.

Medical marijuana is legalized in twenty states, including the District of Columbia. But the drug remains illegal under federal law and classified as a Schedule I substance. This means, the federal government considers it to be of “the most dangerous” variety “with no currently accepted medical use.”

Talking about the issue, Gupta mentioned in the op-ed, “Neither of those statements has ever been factual.’

Gupta’s second installment of “Weed” documentary, called “Cannabis Madness”. Will be premiered next week. Gupta will unfold these ideas from his op-ed further.