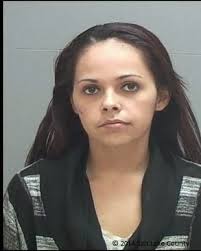 COTTONWOOD HEIGHTS — On Saturday a woman was arrested with a charge of driving drunk with two children, aged 2 and 5 in the car and then run into a parked vehicle.

Two witnesses reported at about 8 p.m., in Cottonwood Heights that they saw a woman driving intermittently, perhaps because of the influence of alcohol or drugs, or may be due to a medical emergency, said Police Sgt. Gary Young.

One witness said that Trina Armijo, 25 smacked a parked vehicle and went on with driving, said Young. The witness chased her until she dragged into a driveway near 2400 East and Bengal Boulevard.

She was arrested by the Salt Lake County for investigation of Driving under the influence of alcohol (DUI) with a passenger under 16 in the vehicle. She was driving with no license and without insurance, and possession of a controlled substance.

The children were being care taken by a neighbor until the Division of Child and Family Services becomes implicated, Young said.

“We always appreciate the public’s support by calling in and giving us tips,” he said. “We always want to have a good relationship with the community, and if they see something that doesn’t look right we always encourage phone calls.”