Wild bumblebees worldwide are in trouble. This is probably because bumblebees, one of the more important wild pollinators, are contracting deadly diseases from honeybee.

This was revealed in a study of wild bumblebees.

The findings of the study showed that the wild bumblebees contracted diseases that were common within the managed population around the United Kingdom.

Study author Mark Brown of the University of London said that wild populations of bumblebees appear to be in significant decline across Europe, North America, South America and also to some extent in Asia.

The study also confirmed that a major source of the decline was “the spillover of parasites and pathogens and disease” from managed honeybee hives. 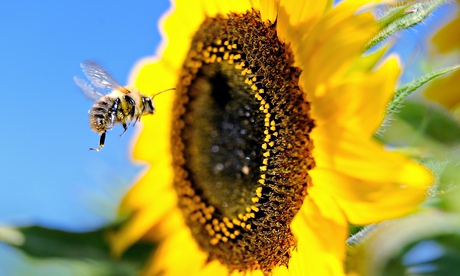 The study, published in Journal Nature on Wednesday, stated that wild bumblebees provide a substantial portion of worldwide pollination of flowers and food crops, especially greenhouse tomatoes, insect, and the ailments are hurting bumblebees even more.

The study tracked nearly 750 bees in 26 sites throughout Britain. Researchers also did lab work on captive bees to show the spread of disease. The researchers’ fount that two diseases that are common in managed populations: deformed wing virus and a fungal parasite called Nosema ceranae. Generally, the average wild bumblebee lives 21 days, but when infected, they live closer to 15 days.

May Berenbaum, a University of Illinois entomology professor, who was not part of the study, said, “What the study shows is that the spillover for bees is turning into boil-over.”

However, co-author of the study, Matthias Furst of the University of London said the research does not definitely prove the diseases go from honeybees to bumblebees.

“But the evidence points heavily in that direction because virus levels and infection rates are higher in the honeybees,” he was very quick to add.

“Bumblebees probably pick up diseases when they go to flowers after infected honeybees,” Furst asserted further.

Bumblebees can be nearly twice as big as honeybees, can sting multiple times and don’t produce surplus honey as honeybees do.

Studies have shown that bumblebees provide USD 3 billion worth of fruit and flower pollination in the United States, while honeybees’ contribution is closer to USD 20 billion.