You are here: Home / Health / Stethoscopes should be sterilized after every use

The researchers from the University of Geneva has highlighted the hazardous effects of the used stethoscopes, saying they should be disinfected after each use as they pick up bacteria after coming in contact with the patient’s skin.

The researchers assessed the level of bacterial contamination on stethoscopes as well as physicians’ hands following a single physical examination. 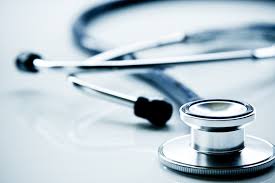 The researchers suggested that cleaning of stethoscopes after each use would cut down on transmission of bacteria to a greater extent.

The researchers included 71 patients for the study and they were examined by physicians using sterile gloves and a sterile stethoscope. Following the physical examination, the researchers closely checked two parts of the stethoscope (the tube and diaphragm) and four regions of the physician’s hands (back, fingertips, and thenar and hypothenar eminences) to measure the total number of bacteria present.

“By considering that stethoscopes are used repeatedly over the course of a day, come directly into contact with patients’ skin, and may harbour several thousands of bacteria (including MRSA) collected during a previous physical examination, we consider them as potentially significant vectors of transmission. From infection control and patient safety perspectives, the stethoscope should be regarded as an extension of the physician’s hands and be disinfected after every patient contact”, said Dr Didier Pittet, Director of the Infection Control Program and WHO Collaborating Centre on Patient Safety, University of Geneva Hospitals.

The findings of the study are published in the March issue of Mayo Clinic Proceedings.