You are here: Home / National News / Serial Killer Who Confessed to Killing Dozens Across the US Arrested

A 19 year old who claims to be involved in a blood thirsty satanic cult has been rounded up by the cops for stabbing a man to death in Pennsylvania in connivance with her husband. Miranda Barbour befriended Troy LaFerrara (42) via craigslist, offering him companionship. The two arranged to meet in the parking lot of a shopping mall from where the two drove to Sunbury while the woman’s husband, Elytte Barbour (22) hid underneath a blanket in the Honday CRV’s backseat.

Upon receiving a predetermined sign from his wife, Elytte got into the act, wrapping a chord around LaFerrara’s neck. Miranda followed up by stabbing the man 20 times before dumping the body in an alley. The murder was planned to seek thrill and celebrate the couple’s three week marriage anniversary. Barbara initially tried to fool the cops into making them belief she killed LaFerrara as he had groped her. She later confessed to her stabbing him to death in a jail interview, while also revealing this was just the latest case of cold blooded murder spree which started when she was just 13.

The young lady who also has a daughter from a previous partner said she stopped keeping a count of her victims once it got past 22. She claims to have stashed the bodies of her victims in various states which stretched from California, North Carolina, Texas as well as Alaska, the latter being where it all started in the first place and where most of the killings took place. Police have stated they are yet to come across any concrete evidence linking the couple or Barbara alone to any wrong doings in the past but that the investigations are still on. 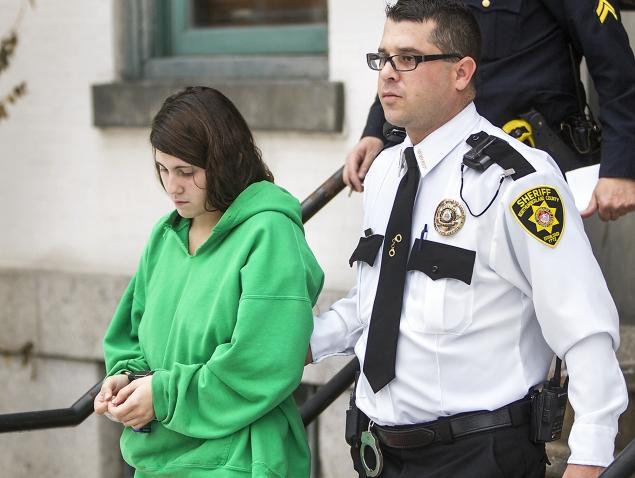 Barbara remains unfazed of the killings claiming she would resort to killing more people if she is released. She is claiming that she has done the right thing by killing her victims as they have no right to live as they weren’t good enough.