Scientists have detected water in the atmosphere of a Jupiter-like planet outside our solar system, according to a latest study.

The new plant is orbiting a nearby star using a novel technique. This new technique can help scientists learn about how many planets with water exist.

The findings were published in The Astrophysical Journal Letters, described how this new technique detected water on Tau Boötis.

Researchers at The California Institute of Technology (Caltech) and several other institutions scrutinized the gaseous atmospheres and detected water in the atmosphere. 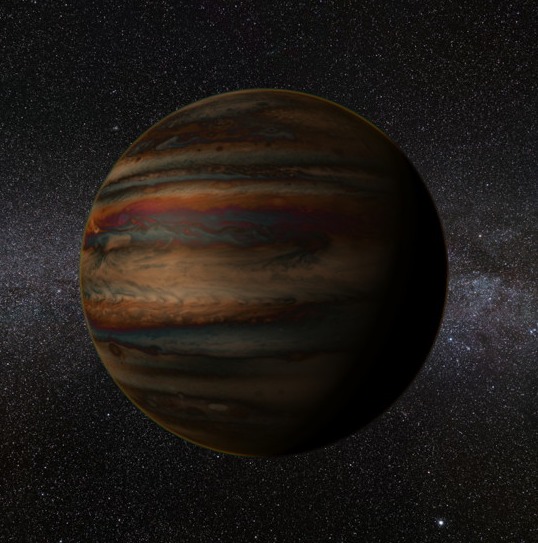 This study is the first to use the radial velocity technique allowing researches to study the planet’s atmosphere. Other techniques to detect water on exoplanets required the planet to either orbit its host star or be significantly far away from it. A significant portion of exoplanets didn’t fit either of these criteria.

The plant, Tau Boötis b, is as massive as Jupiter but much hotter, do not exist in our solar system, Chad Bender, a research associate in the Penn State Department of Astronomy and Astrophysics and a co-author of the paper, said.

“Our detection of water in the atmosphere of Tau Boötis b is important because it helps us understand how these exotic hot-Jupiter planets form and evolve. It also demonstrates the effectiveness of our new technique, which detects the infrared radiation in the atmospheres of these planets,” Chad Bender added.

Alexandra Lockwood, the first author of the study, said, “The information we get from the spectrograph is like listening to an orchestra performance; you hear all of the music together, but if you listen carefully, you can pick out a trumpet or a violin or a cello, and you know that those instruments are present.”

The method also allowed researchers to determine the mass of the star.

The new technique may help astronomers examine the atmospheres of other planets as well.