Scientists are planning to develop small flying vehicles known as ‘micro air vehicles’. The vehicle will have flapping wings inspired by wing motions of a bat.

Researchers at Virginia Tech, US are studying how bats use their wings to fly. They will apply that knowledge toward designing the flying vehicle.

More than 1,000 species of bats have hand membrane wings. This means that their fingers are essentially ‘webbed’ and connected by a flexible membrane. 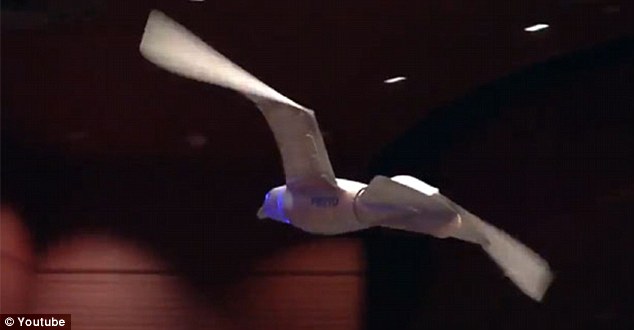 Understanding how bats use their wings to manipulate the air around them is extremely challenging. This is because both experimental measurements on live creatures and the related computer analysis are quite complex.

“Bats have different wing shapes and sizes, depending on their evolutionary function. Typically, bats are very agile and can change their flight path very quickly – showing high maneuverability for midflight prey capture, so it’s of interest to know how they do this,” Danesh Tafti, the William S Cross professor in the Department of

Researchers, while studying the fruit bat wings, used experimental measurements of the movements of the bats’ wings in real flight and then used analysis software to see the direct relationship between wing motion and airflow around the bat wing.

Bats manipulate the wing motion with correct timing to maximize the forces generated by the wing, the researchers said.

“It distorts its wing shape and size continuously during flapping,” Tafti added.

Kamal Viswanath, co-author of the study and also hails from Indian, said that the force coefficients generated by the wing are ‘about two to three times greater than a static airfoil wing used for large airplanes’.

The findings are published in the journal Physics of Fluids.