You are here: Home / Health / Ratings ‘Important’ When Choosing Physician

According to studies by the researchers at the University of Michigan Medical School, while selection of a new doctor, one-third of Americans today use online review rating left on rating websites.

59 percent of people said those physician-rating sites were slightly “somewhat important” when choosing a doctor making it the 7th most important factor according to survey results published Tuesday in the Journal of the American Medical Association. 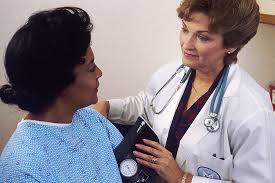 Though they still mull over insurance acceptance and convenience as more significant factors, which was ranked as “very important” by 89 percent of the more than 2,000 patients surveyed.

At first, close propinquity was the only decisive factor people used to choose their physicians.

“The numbers were actually substantially higher than just a few years ago,” Dr. David Hanauer, an associate professor in the Department of Pediatrics at Michigan said.

He is the study’s lead author from the University of Michigan Medical School in Ann Arbor.

“Even if the ratings are true, the small proportion of people leaving ratings on sites makes it hard to know how representative the ratings are,” he said.

A similar poll previously conducted by the National Poll on Children’s Health found that 44 percent of parents under the age of 30 are more likely than parents over the age of 30 to think online doctor rating websites are important while choosing a health care specialist.

“These may seem useful, but no one is regulating this ‘crowdsourced’ information about doctors. There’s no way to verify its reliability, so online ratings may not currently be the best resource for patients,” Hanauer said.

“I think we should realize that these products are here to stay and doctors are just going to learn to live with them and there are ways to deal with them that are better than others,” Lagu said.

In order of importance, the rank of the factors were as follows: