You are here: Home / Tech & Science / Pulsar got hit by a billion-ton asteroid 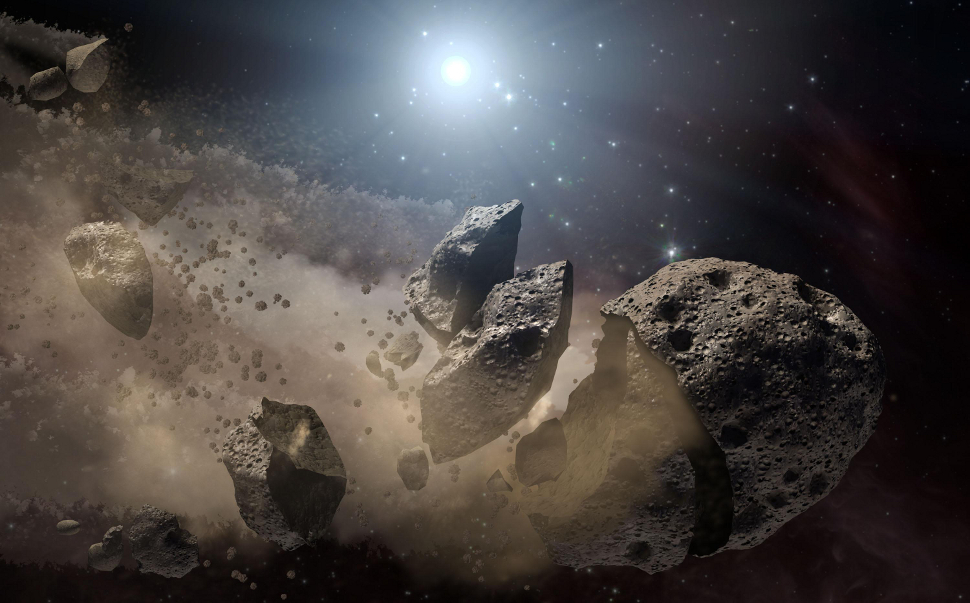 For PSR J0738-4042, which is being pounded by giant asteroids, it’s just another day. The small pulsar has an uber-powerful X-ray blaster to muddle through the errant space rocks.

The evidence was found by the scientists using CSIRO’s Parkes telescope and another telescope in South Africa.

“One of these rocks seems to have had a mass of about a billion tonnes,” Australia’s Commonwealth Scientific and Industrial Research Organisation astronomer and member of the research team Dr Ryan Shannon said.

Pulsars are spinning compact stellar objects known as neutron stars that spawns powerful beams of radiation from their extremely magnetized poles that, if aligned correctly with Earth, can be observed as ultra-precise radio pulses.

As it spins, its radio beam flashes over Earth again and again with the regularity of a clock, making it the most precise “clock” in the universe.

In 2008 Dr Shannon and a colleague predicted how a large rocky object like asteroid would affect a pulsar.

“It would alter the slowing of the pulsar’s spin rate and the shape of the radio pulse that we see on Earth. That is exactly what we see in this case,” Dr Shannon said.

“We think the pulsar’s radio beam zaps the asteroid, vaporizing it. But the vaporized particles are electrically charged and they slightly alter the process that creates the pulsar’s beam,” said Shannon.

Astronomers have detected a dust disk around another pulsar called J0146+61.

“This sort of dust disk could provide the ‘seeds’ that grow into larger asteroids,” said Mr Paul Brook, a PhD student co-supervised by the University of Oxford and CSIRO who led PSR J0738-4042 study.
In 1992, two planet-sized objects were discovered orbiting pulsar PSR 1257+12.

This research has been published in The Astrophysical Journal Letters.