The New York Police Department has stated they have started evaluating Google Glass devices to find out if these can be of help in their law enforcement duties. This could be a usage scenario that Google may not have thought of as a likely application area of the wearable device. Google Glass comes with an integrated camera that can record what the user is seeing. The device is also compatible with several apps though the one that can be of interest to the NYPD the mot is Name Tag. This essentially searches the social networking circles to determine the identity of anyone who has been photographed.

This way, Google Glass can prove to be extremely handy in profiling or for collection of evidence. This way, there can also be an app that will let the officers to scan the image of a suspect with known offenders or whose records the police department maintains. This no doubt can lead to pretty slick policing on part of the NYPD. For the officers will have a head start right on the spot of a crime and such if they know the suspect they have on hand has had previous brushes with the law. 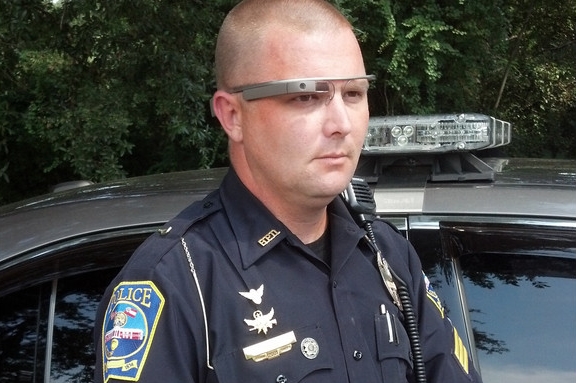 However, Google has stated they have nothing to do with the NYPD’s decision to evaluate the wearable for policing duties. They are in no way involved with the project while NYPD sources maintained they have bought a few units of Google Glass at regular prices and are just trying them out at present. Meanwhile, irrespective of whether Google Glasses makes it to the police force, the cops are often seen having to take action against those wearing the Google eye piece.

This has been largely due to concerns of invasion of privacy given the ability of the Google Glass device to record videos even on the sly. This has led to the wearable being banned in several public places such as pubs, theaters and so on.