You are here: Home / Tech & Science / Now, robotic termites to build homes for you

Just imagine a fleet of robots constructing big buildings, small homes and other structures for you. You will not need to rack your brain in instructing these robotic construction workers as they will work autonomously, harmoniously and most importantly without any supervision.

Researchers say, they took inspiration from the termites which form groups to build complex mounds of soil and that too without any detailed blueprints for the structures. 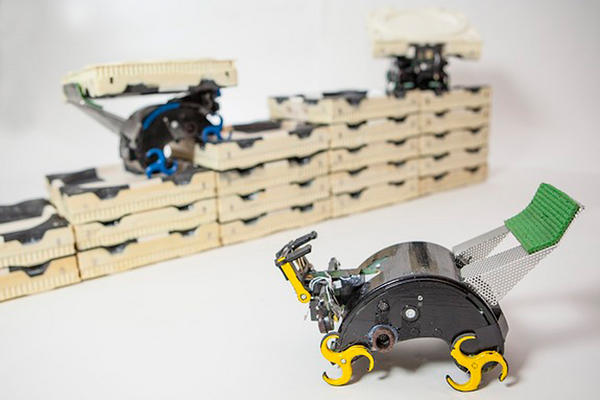 This is not the first time when researchers and scientists have taken inspiration from animals to develop a new invention. There are several human inventions in the past that have invented after observing the animals behaviour in their natural habitat. For instance, invention of the plane was done after seeing how a bird soared through the sky. Sonar technology took inspiration from mimicking bats using echoes to find their way. And this time, scientists have taken inspiration from termites and ants that are known for building structures multiple times bigger than their size.

Scientists took four years to design these robots. These are the latest innovation in what computer scientists and robotics researchers call swarm intelligence.