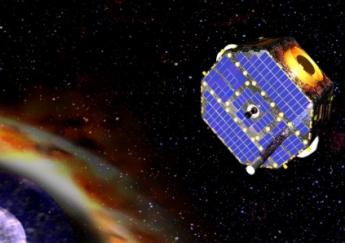 NASA’s spacecraft Interstellar Boundary Explorer (IBEX), which was launched the previous year, was the first to help paint a picture of the magnetic system beyond the solar wind which the scientists refer to as a ‘roadmap in the sky.’

The study reveals a magnetic field that is nearly perpendicular to the path our Solar System is travelling through the galaxy.

The result sheds light on decades-old secrecy of measurement of more incoming high-energy cosmic rays on one side of the sun than on the other.

The solar system’s mysterious energy ribbon was discovered in 2009.

“What I always have been trying to do was to establish a clear connection between the very high-energy cosmic rays we’re seeing (from the ground) and what IBEX is seeing”, said study leader Nathan Schwadron, a physicist at the University of New Hampshire. 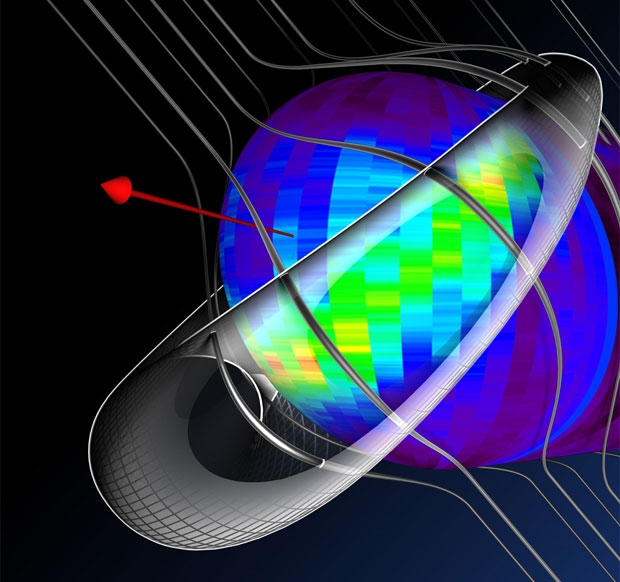 Scientists believe that a better understanding of this energy ribbon could aid in hitting upon niceties about the boundary between our solar system and interstellar space.

The spacecraft perceive energetic neutral atoms that shape from interactions at the heliosphere’s boundaries. The heliosphere is formed as particles streaming continuously in the solar wind slow down to bring in equilibrium the pressure from the interstellar wind. These communications are dominated by electromagnetic forces.

The galaxy’s incoming particles constitute of negatively-charged electrons and the positively-charged atoms are ions, neutral particles and dust. These charged particles are strained to pass through the magnetic field lines that turn throughout the space.

Earlier Voyager 1 took measurements as it reached the region in 2004 and Voyager 2 in 2007.

Schwadron said, “It’s a fascinating time. Fifty years ago, we were making the first measurements of the solar wind and understanding the nature of what was just beyond near-Earth space. Now, a whole new realm of science is opening up as we try to understand the physics all the way outside the heliosphere.”

To verify the IBEX data, it was used to build a computer model by Schwadron. The model demonstrated how the interplanetary magnetic field would look like around the heliosphere. With no heliosphere, the field lines would be straight and parallel.

The results were published this week in the journal Science Express.