The secret of the bizarre spiral pattern located in the eastern Sahara desert in El Gouna, Egypt, has been finally revealed.

According to LiveScience, the mysterious spiral, eastern Sahara desert in El Gouna, Egypt, wasn’t made by aliens.

Till date, it was misinterpreted as a landing pad for the alien invaders or some ancient monument.

It also stated that the spiral, which has perplexed Google Earth users for years, is an environmental art installation called Desert Breath.

This enticing land art work called the Desert Breath was constructed by a team founded in 1995 by Danae Stratou, Alexandra Stratou and Stella Constantinides. 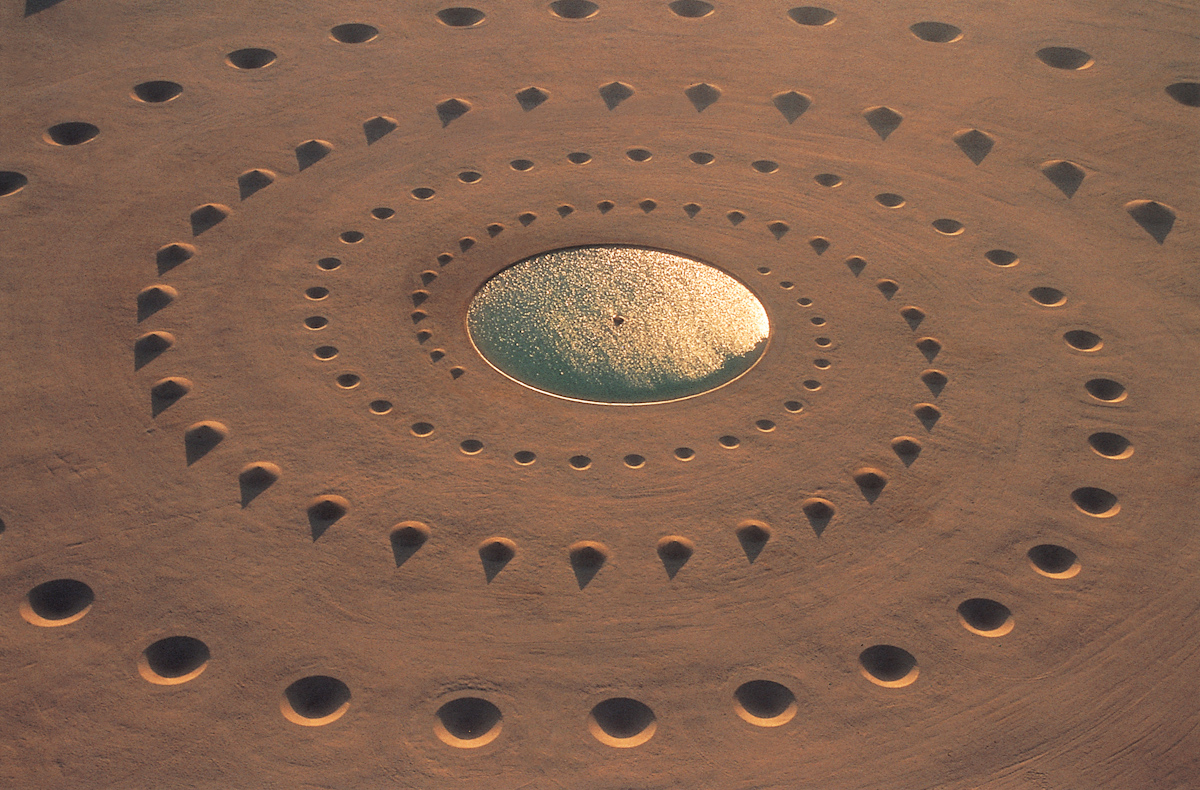 The construction of this art work stretched across 1,00,000 square meters bordering the Red Sea, ended in March 1997. Since then this land art has perplexed several tourists.

Constructed as two interlocking spirals — one with vertical cones, the other with conical depressions in the desert floor — Desert Breath was originally designed with a small lake at its center. The recent images on Google Maps show that the lake has emptied.