You are here: Home / Technology / Mozilla Considering Including Ad on its Browser to Boost Revenue

Firefox browser as of now does not support cookies from third party as these are mostly advertisements. Mozilla had taken a conscious decision to block such cookies in the Firefox 22. People at the top in Interactive Advertising Bureau had termed this move by Mozilla to be an attack of nuclear levels on the advertising world. Things seem to be changing soon as Mozilla’s VP, Darren Herman made an announcement that speaks of a change in thinking in the Mozilla Empire.

The way Mozilla has stated this change of attitude towards third party cookies is agreeing to allow Directory Tiles which would give the users especially first time user’s indication of the pre-packaged content that it holds. The tiles, in the words of the content manager would comprise of those from popular web sites or from Mozilla’s own library and also some from sponsored content. Mozilla is not stating it clear, but sponsored content would be nothing else by advertisements. These sponsors as Mozilla claims would be those that help to sustain operation of the browser team. 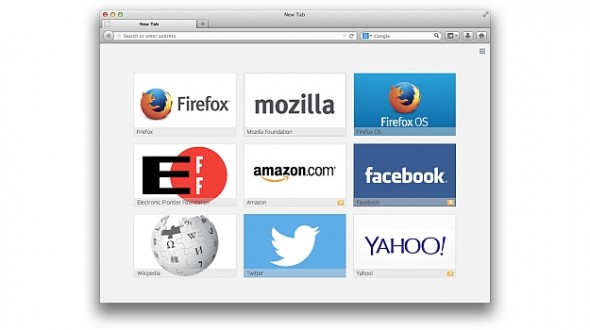 Mozilla uses Google as its search engine and for that they have to shell out $300 million per year. This means big outflow of cash for the company. This deal falls due for renewal in December of this year. Google has its own browser that is Chrome.  The money therefore that would be required to renew the deal with Google is something that Mozilla has to consider very seriously. They have to generate money and additional one at that to come up with should Google play tough at the table. Advertisement is the only way for Mozilla to consider for this required inflow of money. They have to consider other means of income so to say.