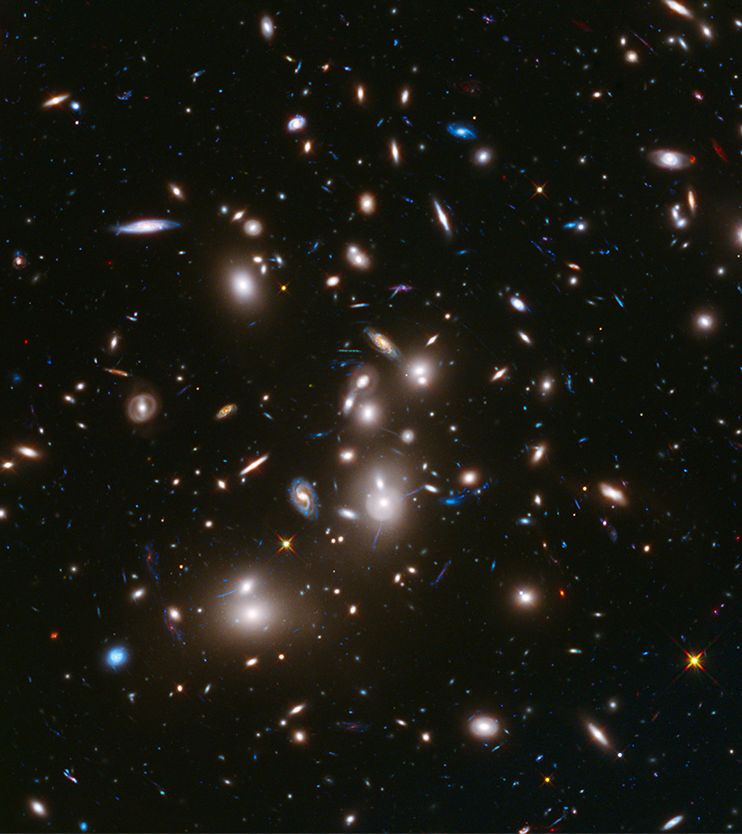 The famous “Deep Field” photo of the Hubble Telescope illustrated that apparently vacant patches of space are in reality block full of far-flung objects.

The original picture belonging to the year 1996 exposed thousands of galaxies in the apparently blank spot of sky.

The same task has been again accomplished by the Hubble Telescope’s new set of “Frontier Fields” images. It includes a galaxy some 13-billion light-years away, making it a contender for the most distant object ever spotted.

These images disclose bunch of earlier undetected galaxies, including the probable most distant object called Abell2744 Y1. This object appears to have formed when the universe was only about 650 million years old.

At this early time, galaxies were “bright blue blobs, closer, smaller—and they’re everywhere,” says astronomer Garth Illingworth of the University of California, Santa Cruz, who presented a look at four surprisingly bright galaxies from this early era, seen by both Hubble and NASA’s Spitzer Space Telescope.

Abell2744 Y1 is about 30 times smaller than our Milky Way, yet it’s creating 10 times as many stars as our galaxy does. That is to say, it did, when the universe was new.