You are here: Home / Technology / Flappy Bird is No More, Developer Pulls the Game From Both iOS And Play Store

Flappy Bird, the game that has been topping the charts on both iOS and Android has now ceased to exist. Its developer Dong Nguyen took the extreme step following incessant accusations of many elements of the game having being copied from others. While this can be a topic of debate, the fact remains that the game topped the charts in spite of its pixelated display and was supposedly getting revenue to the tune of $50,000 a day for its developer entirely from advertisements.

The game features a bird that needs to be navigated through pipes while collecting points along the way.  Each pipe negotiated successfully will earn a point. The game appears to be very simple but in reality gamers have not even been able to cross single digit scores after many tries. That is what makes the game addictive and impulsive. 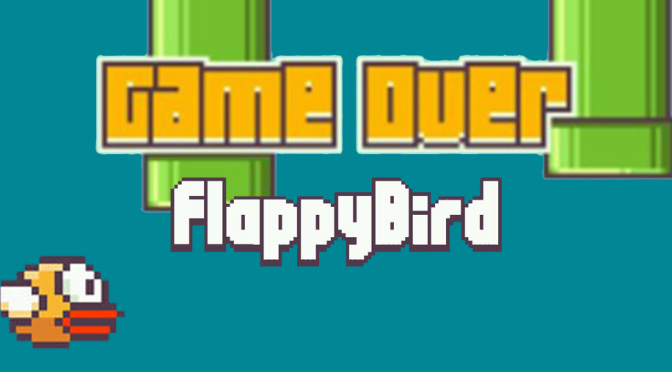 The controversy started when Nguyen was accused of using graphics from other titles into his Flappy Bird. The pipe in specific that has been used in the game through which the bird has to be navigated has a close resemblance to that that Nintendo uses in its games. The other major accusation that has been leveled against the Flappy Bird developer is that he had used bots to push up the rating of his game. These issues had a negative effect on Dong Nguyen who finally withdrew the game from the Google Play as well as iOS store.

Whatever be the case, the fact is there have been numerous clones of the game that has made its way on the net. This naturally means the game has been popular and in demand. Its sheer simplicity at overview and the actual difficulty that existed is the plus point of the game. So those who have not yet downloaded the game and are disappointed to find the original game missing can take on any of the clones that are yet available to get a near close experience of the original.

Nguyen had also been asked if he had removed the game with the intention of coming up with a paid version or maybe selling it off to the big game maker firms. He has responded in the negative to these.