You are here: Home / Tech & Science / Crocodiles, alligators can be tree climbers, say US researchers

Have you ever imagined crocodiles climbing trees? Well, the researchers from the United States have said that these slow swimmers and ground waddlers can climb trees also.

The researchers followed crocodiles of three continents – Africa, Australia and North America and what they found was very interesting. They found atleast four crocodile species that were able to climb trees above water. However, their ability of venturing depended upon their sizes.

Researchers say, the more the crocodile is smaller, the higher they could manage to climb the trees. The researchers also found some species that were able to climb as far as 13 feet high in a tree. 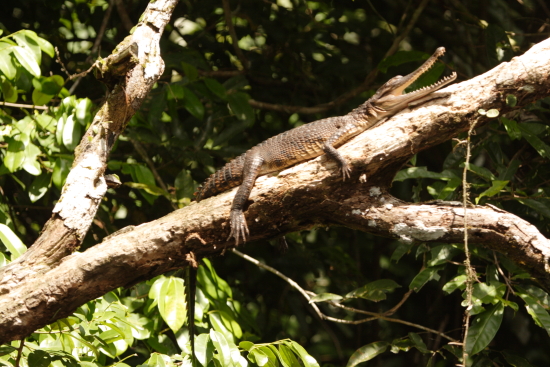 Following rigorous studies and observations, the researchers attributed thermoregulation and surveillance of habitat as the two main conditions responsible for tree climbing and basking among crocodiles. Their spectacular agility on land also was also responsible for their ability to climb the trees.

The researchers say, crocodiles were commonly found tree-basking in areas where there were few places to laze around on the ground. They climbed trees for regulating their body temperature. Moreover, this also improved their site surveillance of potential threats and prey.

The study was published in the journal Herpetology News.