UTAH COUNTY- As an effort of finding the suspect who stoned a cougar to death, authorities are now offering a reward.

On Jan. 26 while hiking in the foothills east of Payson a man and his daughter saw people stooping near a tree.
When the people saw them arriving, they fled west toward Payson canyon, according to the Utah Division of Wildlife Resources. 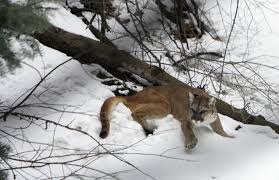 A cougar body was found covered in blood and surrounded by a few large rocks upon further investigation.

Investigators believe the cougar was stoned to death. Several large rocks found by the carcass are believed to have been used to kill the animal, DWR officials said.

The man after failing to find the individuals seen near the tree even after searching the area alerted wildlife officials to the animal’s death.

Anyone with information about the killing or the individuals responsible is asked to call the DWR poaching hotline at 1-800-662-3337.