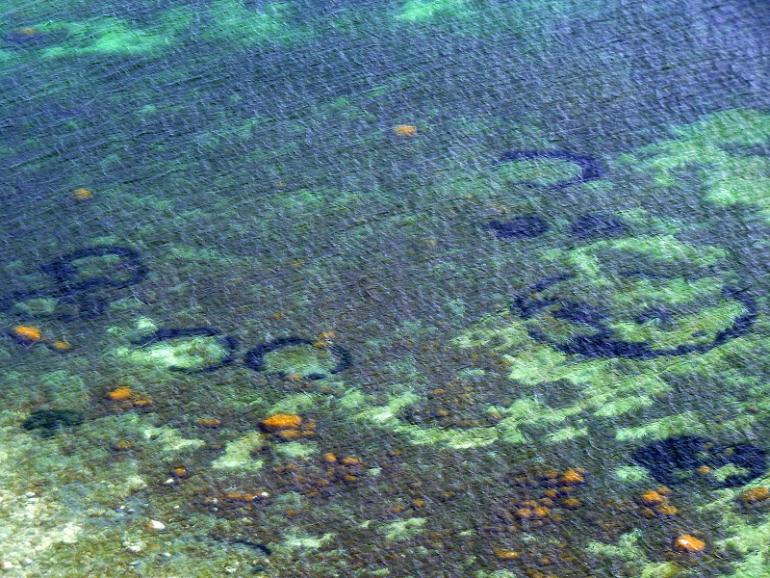 Earth is full of little mysteries. The shroud from the secrecy has finally been revealed. Research shows that the Baltic Sea is indeed free from any extraterrestrial presence.

Biologists in Denmark have come up with the scientific explanation of Baltic Sea underwater rings.

The dark circles were first photographed in 2008 by perplexed tourists, creating speculation among visitors and Internet users alike. They came up with some feral theories about the foundation of the rings including WWII bomb craters, alien spaceships.

“It has nothing to do with either bomb craters or landing marks for aliens,” biologists Marianne Holmer from University of Southern Denmark and Jens Borum from University of Copenhagen said in a statement. “Nor with fairies, who in the old days got the blame for similar phenomena on land, the fairy rings in lawns being a well-known example.”

Researcher shows that the marine plant eelgrass grew in large circles, expanding radially outward from the center. The grass on the outer surface of the circle is the most recent and strongest of the eelgrass, and the grass in the center is frail and old.

The toxic mud containing sulfide, a substance poisonous to eelgrass, gets trapped in the plants leaves. As it gathers, it instigates to choke and kill the eelgrass. The grass in the center, being the weakest, dies first, leaving a rim of grass around the outer edge of the eelgrass patch.

Sulfide can either build up naturally in a chalky seabed or is a formed when foreign pollutants or chemicals enter an ecosystem.

These studies dismiss all other claims as to what grounds the formation of these rings.

The study was published in the journal Marine Biology.