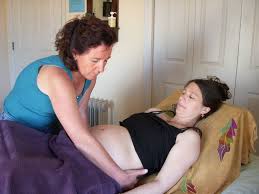 There is an increase in number of pregnant women who opt to deliver their baby at home but babies delivered at home are four times more likely to die, researchers say.

Researchers found that it isn’t the midwives to be blamed but the location that the risk of death has increased.

Researchers at Weill Cornell Medical College, in New York said expectant parents should be warned about the risks of giving birth at home, saying they should be warned “strongly against it”.

The U.S. Centers for Disease Control and Prevention reported that the number of home births increased 29 percent from 2004 to 2009. The increase mostly involves white women, and about one of every 90 births to white women are now home births.

One of the most common complications is stillbirth. In this condition babies do not breathe at birth. Immediate care can save many lives.

“Women who are thinking about having home birth should know that if they deliver in the hospital with a midwife, it reduces infant death by 75 percent — and by 85 percent if the woman is having her first baby,” Grunebaum said. “These are babies who could be saved if they were delivered in a hospital.”

Cathy Warwick, chief executive of the Royal College of Midwives, said: “Findings from UK studies of home birth do not concur with this study’s findings.

“Oxford University Birthplace Study of 2011 showed that planned out of hospital births were, generally, as safe for the baby as those in hospital for low-risk women having their second or subsequent baby.”

The study found a higher risk of infant death with home births; but it did not ascertain a cause-and-effect link.