Antarctic’s Pine Island Glacier (PIG) has been the single largest contributor to rising sea levels and a new research says the glacier may continue thinning in the coming years.

The new research was published in the journal Science.

According to the researchers, the shrinking glacier could raise global sea level by up to 0.4 inches (10 millimeters) in the next few decades. 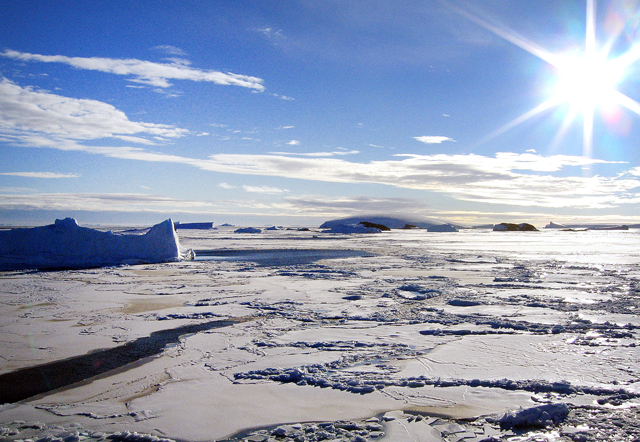 Notably, PIG has reduced by about 5 feet (1.6 meters) per year and the sea levels have also risen simultaneously. Its grounding line has also recoiled by more than 0.6 miles (1 kilometer) each year. Grounding line is the point at which glacier detaches from land to become floating ice.

While studying the ice sheet reducing pattern of the PIF, a team of international geologists found that the receding pattern of the ice in the recent decades have been the same as it was 8,000 years ago. They believe this could act as a useful model to understand the Antarctic’s future behavior.

The researchers have also warned that the rapid thinning of Pine Island Glacier may be irreversible.

The scientists hold rising ocean temperatures and not atmospheric temperatures, responsible for the melting of the Antarctic ice sheets.