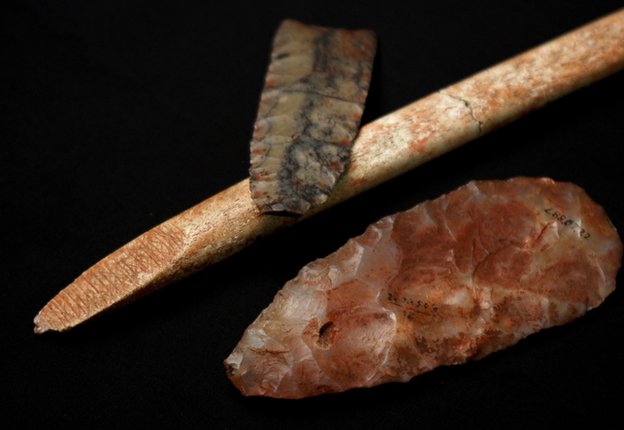 The DNA of a baby boy who was buried in Montana (USA) 12,600 years ago has been convalesced from ruins, paving new horizons for exploration of the ancestries of present American Indians and further natives of the Americas.

It’s the most primogenital genome was ever retrieved from the New World. Relics found with the remains of the body show the boy belonged to Clovis culture, which dwelled in North America from about 13,000 years ago to 12,600 years ago and is named for an archaeological site near Clovis, N.M.

The child’s genome indicated that his folks were direct descendants of most of present day native peoples in the Americas, explorers suggested. There was a close relation between him and natives belonging to Central and South America rather than to those in Canada. Although scientists are not able to deduce the reason for that difference.

The DNA also points that the boy’s ancestors traveled from Asia, backing up the typical idea of ancient migration to America with the help of a land bridge that disappeared long ago.

Northeast of Livingston, Montana, is the only known burial site of the Clovis culture. The boy was between 2 and a half year old when he died of an unpredicted reason.

He was buried along with 125 ancient items, including elk antler tools and spear points. Some were unmistakably sacramental objects or heirlooms. The artifacts and the carcass were concealed with powdered red ochre which is a natural pigment, indicating a burial ceremony.

Although the skeleton was found in 1968 beside a rock cliff, but it’s only in recent years that scientists have been managed analyze complete genomes from an ancient samples.

The DNA analysis report went online on Wednesday in the journal Nature by scientists including Eske Willerslev of the University of Copenhagen,Denmark , Michael Waters of Texas A&M University and Shane Doyle of Montana State University from Bozeman. The burial ground comprises of property of the parents of another team mate, Sarah Anzick of Livingston. Therefore the site was named the Anzick site.

The boy “was not a chief or a great hunter,” but his burial showed signs of love and respect, Doyle stated at the Montana Historical Society in Helena.

He also assure to have a memorial on the site, he said, “Something small, so that the state of Montana, people around the world will know the importance of that place.”

In a telephone conference held with reporters this week, the authors said that once they revealed the association between the boy and today’s Native Americans, they will pursue out American Indian communities to discuss the outcomes. Willerslev, a pro in decrypting ancient DNA, called for scientists to do research in depth with native peoples.

On Wednesday, he found that there were Native American groups who stated that their oral history exhibited that they were progenies of the first people in the Americas.

“Well, they turned out to be right,” Willerslev told at the Montana museum, where site’s artifacts were displayed.

Dennis O’Rourke, an ancient DNA expert at the University of Utah but wasn’t related to the work added that the results are “going to raise a whole host of new ideas and hypotheses” about the early establishment of the Americas.