You are here: Home / Salt Lake News / 9 more Popeyes restaurants to be added to Utah 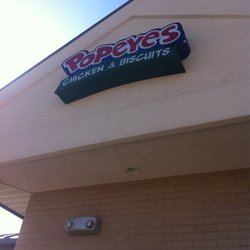 The announcement was made on Monday.

Franchisee Z & H Foods, UT, Inc. is projected to open nine fresh locations over the next two years. Restaurants are planned to open in South Jordan, West Jordan, American Fork, Midvale, Herriman and Ogden, while other locations are still to be determined.

Popeyes currently has restaurants at Hill Air Force Base, in Lehi, at the Salt Lake City International Airport and in St. George.

Greg Vojnovic, vice president and chief development officer for Popeyes said, “The response from our Salt Lake City guests to our unique, Louisiana-inspired food has been overwhelmingly positive.” “This is a priority market for us and we are committed to an aggressive development strategy in this area.”

The restaurant is world’s second biggest fast-service chicken concept restaurant chain based on the number of units, with nearly 2,200 locations worldwide.