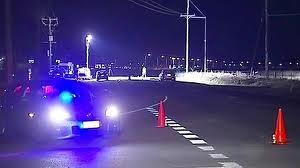 WEST VALLEY CITY: A 49-year-old man was hit by a vehicle and run over by two others Thursday night in West Valley City.

The victim who suffered multiple broken bones is now in a stable condition. West Valley police said that the man who was trying to cross 4000 West at 4215 south got struck by an approaching vehicle.

The driver of the vehicle instantly bunged and called 911 and checked on the victim.

Several other motorists also halted for help and tried to block the road with their vehicles, police said.

At the same point of time, the police said two other vehicles traveling north on 4000 West drove around the scene and ran over the victim as he lay in the street. One vehicle was defined as being small and light-colored, and the other was probably a dark-colored SUV.

Anyone with any further details on the incident is asked to contact the West Valley City Police Department at 801-840-4000.