You are here: Home / National News / 3 Utahns to compete for gold in same event at Olympics 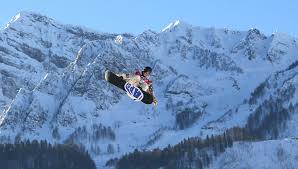 SOCHI, Russia — Three Utahns will battle in the same event in Sochi Olympics.

Women will partake in ski jumping post 10 years of continuous efforts to get the event integrated in the Olympics.

The ski jump, which has athletes zooming down the ramp at speeds as high as 80 mph and then launching into the air at distances longer than a football field, is one of the most startling athletic spectacles in the history of sports.

On Tuesday morning United States ski jumper Sarah Hendrickson tweeted that she got bib No. 1. She is the first one to jump, creating a new Olympic history.

“I’d say we are somewhere in the middle,” she said. “Of course being here is very historic for our sport, but we also need to focus on our event, despite everything that is happening around us.”
Hendrickson said that three women ski jumpers will walk away with medals Tuesday, but 27 others assisted in making history.

The other two members of the USA team are Jessica Jerome and Lindsey Van. They are also residents of ParkCity.

“Lindsey Van and I started when we were too young to know any better,” Jerome jokes. “But you take baby steps. The hillside we’ll be going off in Sochi is a size 95. And the size hill you start on is a five or a ten. So it’s gradual, it’s building blocks and gradual over the years.”

DeeDee Corradini, the president of Ski Jumping USA and former Salt Lake City mayor said that he is glad to see this take place not just for the Park City women, but for those from other countries, too.

“My hope is that these young athletes who are such incredible young women, will be role models for other young girls,” she said. “The message is, if you stick with it and you are persistent and determined, you can achieve your dreams.”