Russian men who consume high dosage of vodka or as it is sometimes said “little water” are on “extraordinarily” high risk of an early death, a new research reveals. 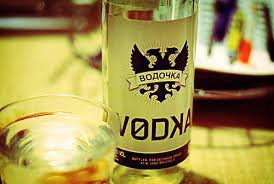 Researchers from the Russian Cancer Centre in Moscow, Oxford University in the UK and the World Health Organization International Agency for Research on Cancer, in France spoke to 57,361 men in three different Russian cities, Barnaul, Byisk and Tomsk from 1999 to 2010. They interviewed them about their drinking habits and, when about 8,000 later died, followed up to monitor their causes of death.

Study has now found that Russian men who drink three or more bottles of vodka a week are far more likely to die early than those who consume less than one.

The study, published in the journal The Lancet, says 25% of Russian men die before they are 55, and most of the deaths are down to alcohol. The comparable UK figure is 7%.

The reason behind death includes liver disease, throat cancer, tuberculosis, pancreatitis and alcohol poisoning. Accidents or getting into fights also causes some deaths.

Russian death rates have varied wildly over the past 30 years as alcohol restrictions and social stability varied under Presidents Gorbachev, Yeltsin and Putin, and the main thing driving these wild fluctuations in death was vodka, said co-author Professor Sir Richard Peto, Oxford University.

Some who said they were light drinkers later became heavy drinkers, and vice versa, the differences in mortality that we observed must substantially under-estimate the real hazards of persistent heavy drinking, said Co-author Dr Paul Brennan, from the World Health Organisation International Agency for Research on Cancer in Lyon, France.

“If you’re drinking vodka, you get a lot more ethanol in that than if you were drinking something like lager,” said David Leon, professor of epidemiology at the London School of Hygiene and Tropical Medicine, who was not part of the Lancet study.