Amid the growing debate on legal status to same sex weddings, here is a piece of good news for the homosexual couples in Utah.

The 1,300 same-sex couples in Utah, who had tied the nuptial knot before the Supreme Court halted the federal judge’s verdict of giving it a constitutional status, the state’s tax commission has announced that these couples can file joint state tax returns. 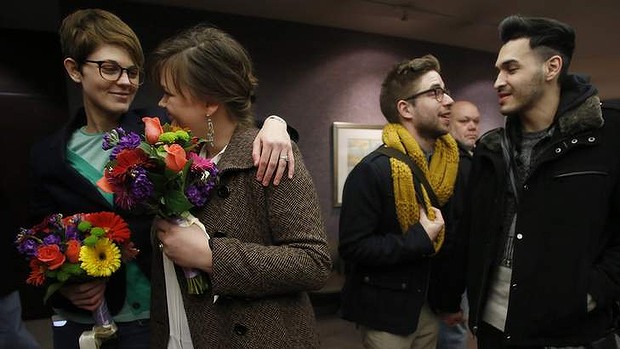 The state tax commission has said that the same sex couples can do the same for their state taxes as they are doing while filing a joint federal return.

Last week, the office of Utah Governor Gary Herbert has asked state agencies to take no steps to recognize the wedding till an appeal could be heard. But the Justice Department gave relief to the couples by calling the unions, during the 17 days while gay nuptials were legal, as eligible for federal marriage benefits.

More than 1,000 same-sex marriages were performed after a federal judge ruled Utah’s voter-approved ban was unconstitutional.

Last week, the Obama administration has announced that the US would recognize as lawful the marriages of about 1,300 same-sex couples in Utah.