The office of Attorney general Sean Reyes on Thursday issued legal advice to the local clerks in Utah asking them to finish paperwork for same-sex marriages that happened before the Supreme Court issued a temporary halt on it this Monday.

The directive comes amid the legal limbo created after the apex court delivered its verdict on the contentious issue.

The attorney general’s office has however cleared that the advice cannot validate the marriages.

Thousands of gay and lesbian couples are left in limbo after the verdict. More than 1,000 had availed the marriage licenses from local clerks after a federal judge overturned Utah’s same-sex marriage ban on December 20 last year. 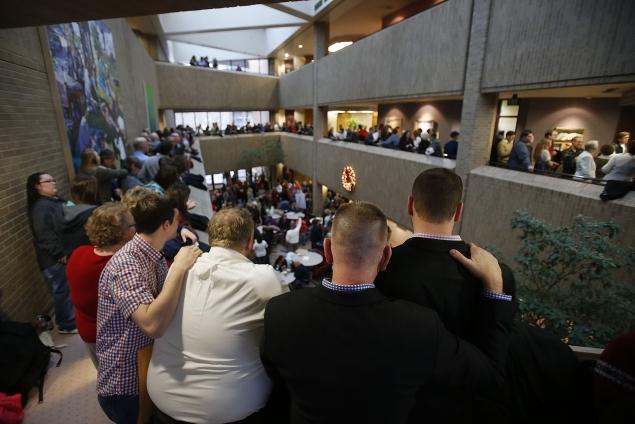 Much to the disappointment for the couples, the Supreme Court on Monday stayed a federal district judge’s decision that gays and lesbians have a constitutional right to marry.

There are many married couples who are hung in lurch as their marriage certificates were not completed before the SC verdict.

Attorney’s advice was issued to clear up the mess that was created after the verdict was announced, his spokeswoman Missy Larsen said while adding, “this applies to marriages that were solemnized. As long as the marital ceremony happened prior to the stay, the marriage can receive documentation.”