You are here: Home / Tech & Science / Universe’s early galaxies spread out and grow through collisions 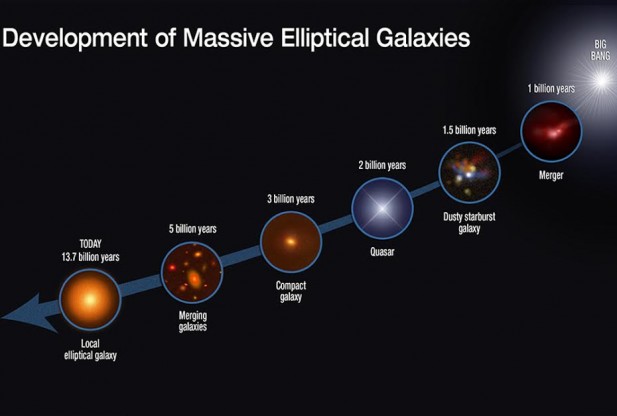 Scientists have been inquisitive about enormously massive galaxies that were already old and no longer forming new stars in the very early universe, approx. 3 billion years after the Big Bang.

By arraying NASA’s Hubble Space Telescope and Europe’s Herschel Space Observatory, the mystery surrounding the evolution of compact elliptical galaxies, have been solved.

Now new research from the Niels Bohr Institute in Copenhagen, among others, shows that those massive galaxies in the early universe were formed through collisions a few billion years after the Big Bang.

The smallest of these galaxies contain a few million stars, while the largest can contain several hundred billion stars.

The infrared imaging capabilities of the Hubble Space Telescope abetted the astronomers in getting insights and amassing “a representative spectroscopic sampling of ultra-compact, burned-out elliptical galaxies.” 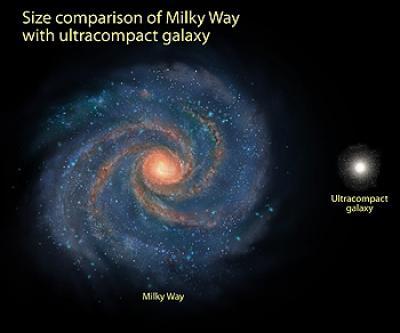 “We at last show how these compact galaxies can form, how it happened, and when it happened. This basically is the missing piece in the understanding of how the most massive galaxies formed, and how they evolved into the giant ellipticals of today,” said leader of the study Sune Toft of the Dark Cosmology Center at the Niels Bohr Institute.

“This had been a great mystery for many years because just 3 billion years after the big bang we see that half of the most massive galaxies have already completed their star formation.”

Toft advanced a theory that the massive galaxies were formed by the fusion of smaller galaxies. However, that alone does not clarify how they became so massive so fast.

“My theory that it must have been some galaxies with very specific properties that were part of the formation process made me focus on the special SMG galaxies, which are dominated by intense star formation hidden under a thick blanket of dust,” explains Toft.

The new research is a step forward in discovering the foundation process of the immensely massive and dead galaxies in the early universe.

The results are published in the scientific journal, Astrophysical Journal.