You are here: Home / Salt Lake News / Teen Recovered Stroke Despite Several Odds Against Him 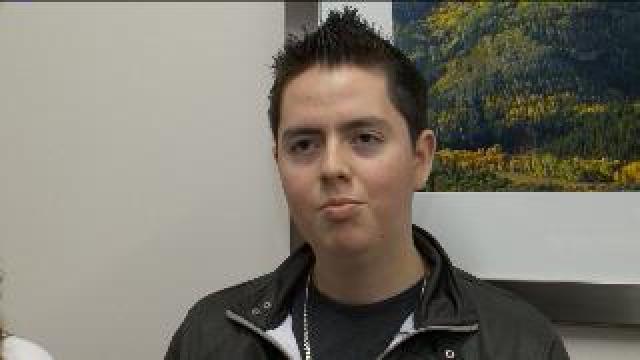 SALT LAKE CITY – Richie Jeffs, a Real Salt Lake fan made a phenomenal recovery from a stroke in 2012.
He suffered the stroke after a soccer game last year.

Richie’s heart beating on its own again, seems like a miracle, but certainly the effort of doctors of University of Utah is commendable.

He had an infection in his heart. His heart has been so ravaged by this infection that only about 10 percent of the blood was pushing out every time, said Dr. Craig Selzman, who is a surgeon at the University of Utah.

“Speaking is hard, but listening like, all normal. Talking yes, but hard,” said Richie Jeffs, while struggling with his speech.

After a futile heart surgery, doctors kept him on a waitlist for a heart transplant.

With only 20,000 hearts available in a year and already 150,000 patients waiting out there, the chances for a new heart were slight.

Reading from the letter, Richie’s mother repeated a portion of Richie’s letter, he wrote for a class assignment just nine months before his stroke,: “When I grow up I want to be a cardiac surgeon; I have had my mind set on that since the 7th grade. I know I will accomplish this and will try my hardest to achieve it.”

Richie’s heart is self functioning now, although he’s still recovering from his stroke. The doctor’s hope his full recovery someday.