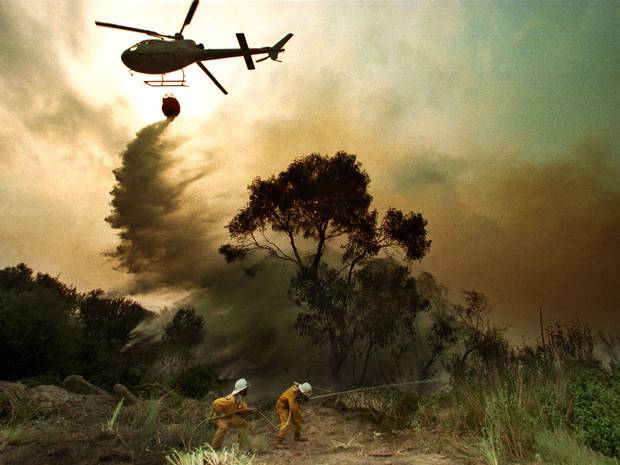 Scientists has warned that the El Nino weather condition linked to Droughts in Australia and flooding in the Americas are likely to double with treacherous climate change in the next century.

The El Niño Southern Oscillation (ESNO) was previously defined as a pattern of unusually warm water stretching across the surface of eastern equatorial Pacific that occurs every 3-7 years, causing catastrophic natural disasters. The strongest El Nino ever recorded occurred in 1997-98 resulting in the hottest year on record, killing as many as 23,000 people worldwide, causing damage estimated at between £22bn and £28bn.

Extreme El Niños occur when the sea surface temperatures exceed 28C in the normally cold waters of the eastern equatorial Pacific, where the climate is  usually dry.

Scientists have detected a potential link between rising global temperatures and the more extreme versions of El Niño by the help of findings based on analysis of 20 different computer models of the global climate.

By concentrating on those models known to best represent the changes in clouds, temperature and currents occurring in the real world, the researchers were able to get a specific outcome for the first time.

They believe that the frequency of extreme conditions could double, increasing their occurrence from about once every 20 years to once every 10 years.

“During an extreme  El Niño event countries in the western Pacific, such as Australia and Indonesia, experienced devastating droughts and wild fires, while catastrophic floods occurred in the eastern equatorial region of Ecuador and northern Peru,” said Dr Wenju Cai of Australia’s Commonwealth Scientific and Industrial Research Organization and the lead author of the study.

Until now, climate scientists failed to establish any connection between the size and frequency of El Niño and rising  global temperatures.

“The question of how global warming will change the frequency of extreme El Niño events has challenged scientists for more than 20 years,” said Mike McPhaden of the US National Oceanic and Atmospheric Administration, a co-author of the study.

The study was published on Monday in the journal Nature Climate Change.