Two researchers from Stanford and the University of Nebraska-Lincoln have join forces to develop the “world’s fastest thin-film organic transistors that functions five times quicker than former examples of this experimental technology,proving these transparent semiconductors could be utilised for economical, powerful computer and high resolution TV displays.

In the Jan. 8 edition of Nature Communications, research teams led by Zhenan Bao, professor of chemical engineering at Stanford, and Jinsong Huang, assistant professor of mechanical and materials engineering at UNL pronounced how was the pace augmented by varying the elementary process of manufacturing the transistors. 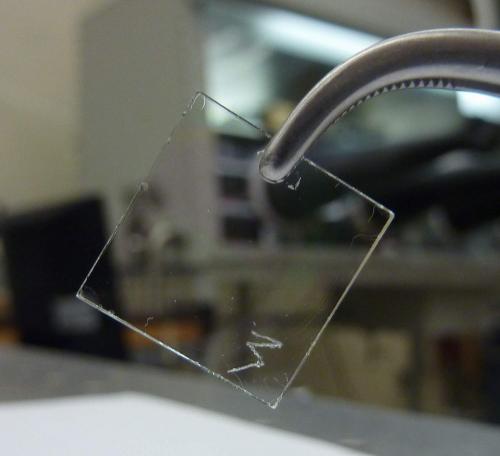 Engineers around the globe were working for long to find substitutes to costlier technologies based on silicon that work at the similar speed by using inexpensive, carbon-rich molecules and plastics.
Though categorized “organic” by the scientific community, the semiconducting material is not restricted to compounds resultant from living organisms.

The researchers alternative process encompasses dipping a solution onto a whirling platter made of glass to deposit a thin coating of materials on the platter. First they spun the platter quicker then they only coated a minute portion of the spinning surface, corresponding to the size of a postage stamp.

“These novelties had the upshot of depositing a denser concentration of the organic molecules into a more systematic alignment. The outcome was a great enhancement in carrier mobility, which processes how rapidly electrical charges travel through the transistor,” the researchers said in a statement.

The improved method was referred by the researchers as “off-center spin coating.”

The organic transistors are nearly totally see-through—right now, the scientists said their semiconducting material is “90 percent transparent to the naked eye.”

Additional progresses to this experimental procedure could lead to the formation of inexpensive, high-performance electronics built on transparent substrates such as glass and, eventually, clear and flexible plastics.

The research was funded by the U.S. Defense Advanced Research Projects Agency (DARPA), the Air Force Office of Scientific Research, and the National Science Foundation.