You are here: Home / Tech & Science / Researchers Can Now Store Energy During Daytime, To Power Up Homes At Night

Energy sources are soon depleting because of the rapidly changing climatic conditions. It is essential to preserve and use them efficiently. Solar energy is one renewable source of energy which can be harnessed effectively. Its use was only limited to during the day time when the sun’s rays were at its peak.

Now, a research team headed by Tom Meyer at the Energy Frontier Research Center, University of North Carolina, Chapel Hill, have assembled a system that converts the sun’s energy into hydrogen fuel instead of electricity and stores it for later use, long after the sun sets in the blue skies. 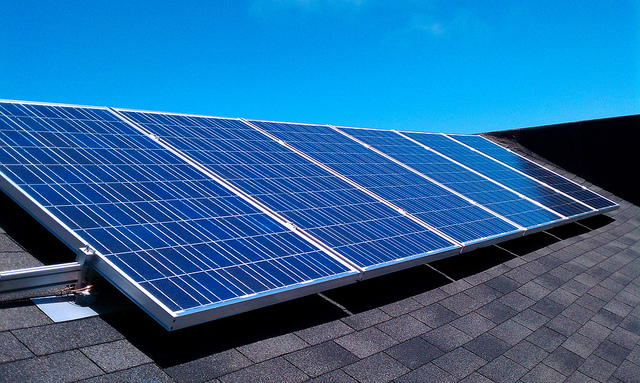 “So called ‘solar fuels’ like hydrogen offer a solution to how to store energy for nighttime use by taking a cue from natural photosynthesis,” said Meyer. “Our new findings may provide a last major piece of a puzzle for a new way to store the sun’s energy — it could be a tipping point for a solar energy future.”

According to this new technique, in one hour, the sun can accumulate enough energy to power every vehicle, factory and device on the planet for a whole year. Now the sun’s energy is no more restricted to day time. It can be saved up for use during the night. The trick here is to generate hydrogen fuel by using the sun’s energy to split water into its component parts. Post the divide, hydrogen is isolated and stowed, while the residue, oxygen, is released into air. The system opted for here is called a dye-sensitized photoelectrosynthesis cell, or DSPEC.

“But splitting water is extremely difficult to do,” said Meyer. “You need to take four electrons away from two water molecules, transfer them somewhere else, and make hydrogen, and, once you have done that, keep the hydrogen and oxygen separated. How to design molecules capable of doing that is a really big challenge that we’ve begun to overcome.”

Meyer had been working on DSPECs for years at the Energy Frontier Research Center at UNC. His design composed of two basic components: a molecule and a nanoparticle. A chromophore, catalyst assembly, which is the molecule, absorbs sunlight and then boost starts the catalyst to cleft electrons away from water. Thousands of chromophore-catalyst assemblies are bound to the nanoparticle, which is a part of a film of nanoparticles that separates the electrons to make hydrogen fuel. However this system has not been very successful and needed a lot of modifications.

To overcome the problems faced, Meyer approached the Parsons group to use a technique that coated the nanoparticle, atom by atom, with a layer of titanium dioxide. The advantage of using these extremely thin layers was that the nanoparticles could carry away electrons at far greater speeds than before, so that the freed electrons were available to make hydrogen. They even came up with a technique to build a protective coating that keeps the chromophore-catalyst assembly tethered firmly to the nanoparticle, ensuring that the assembly stayed on the surface.

This new system can convert the sun’s energy into fuel while requiring negligible external power and discharging no greenhouse gases. The assembly to install these sunlight-to-fuel converters is in sight based on existing technology. This is a stepping stone for many other similar uses. The next in line is to reduce carbon dioxide to a carbon based fuel such as formate or methanol, which can be better utilized than CO2.

“When you talk about powering a planet with energy stored in batteries, it’s just not practical,” said Meyer. “It turns out that the most energy dense way to store energy is in the chemical bonds of molecules. And that’s what we did — we found an answer through chemistry.” Inspiration and passion drives a person to achieve big and do something better. And that’s what Meyer and his team did.