An Oxford University study published in the journal, PLOS ONE , on modern-day baboons, in Kenya’s Amboseli National Park, is said to have unleash the secrecy beside the apparent skeletal disagreement in an ancient hominin.

Our ancestors existed in East Africa amidst 2.4 million-1.4 million years and stayed alive mainly on a diet of tiger nuts. This was proved by the research leaded by Dr Gabriele Macho, an archaeologist from Oxford University who examined the diet of Paranthropus boisei, the human ancestor nicknamed Nutcracker Man. The research states they had strong jaws and yet teeth seemingly made for soft foods. 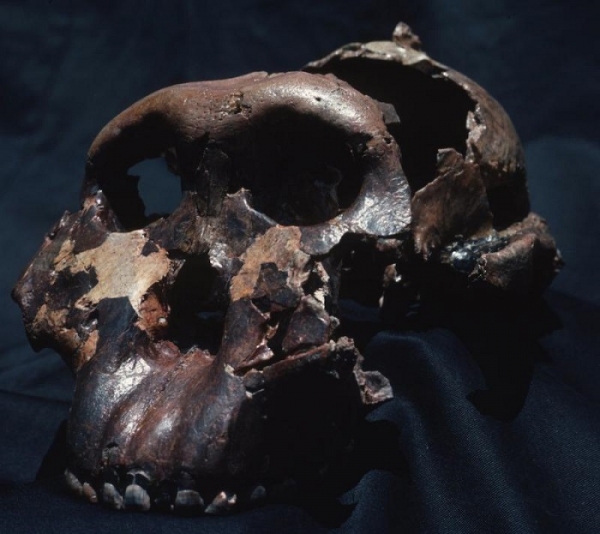 Dr Macho modified the findings of the previous study on baboons by Stuart Altmann (1998). The past research suggested that their diet mainly comprised of C4 plants, which include grasses and sedges. However, the dispute is whether it was adequate for a large-brained, medium-sized creature like the Nutcracker Man.

Tiger nuts are edible grass bulbs, highly abrasive in an unheated state, still consumed in parts of the world today.The Nutcracker Man must chewed the nuts for some duration of time, letting the saliva enzymes to break down the starches, to derive the required nutrition, i.e. around 10,000 kilojoules or 2,000 calories a day – or 80% of their required daily calorie intake, in two and half to three hours.

Tiger nuts, still sold in health food shops as well as being widely used for grinding down and baking in many countries, would be relatively easy to find,” Macho said. “They also provided a good source of nourishment for a medium-sized hominin with a large brain. This is why these hominins were able to survive for around one million years because they could successfully forage – even through periods of climatic change.” 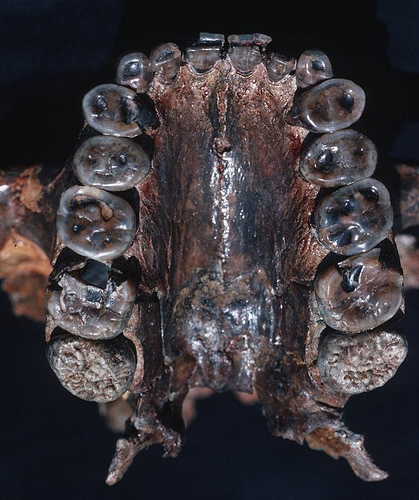 All this chewing put considerable strain on the jaws and teeth, which explains why “Nutcracker Man” had such a distinctive cranial anatomy.

The study finds that baboons’ teeth have similar marks giving clues about their pattern of consumption.