Even though the global smoking rate has declined since 1980, the total number of world smokers has grown significantly.

The revelation has been made in a study published online in the Journal of the American Medical Assn.

Researchers have found that the total number of smokers around the world with a pack-a-day habit has increased significantly. 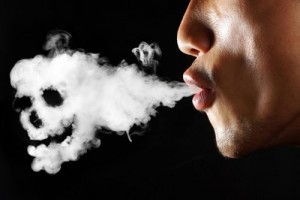 Marie Ng is a world health statistician at the University of Washington.

Experts believe, a huge part of the world population is still unaware of the health problems of smoking and the health risk posed by the tobacco consumption.

According to a latest studies, annual tobacco-related deaths closed to half a million in the US, however, this figure is more than 5 million worldwide. At a time when health experts are stressing upon the health hazards of smoking and tobacco use, cigarettes still remain a growing industry across the globe.

Smoking is a leading cause of preventable deaths in the United States and other parts of the world.

The US federal age requirement for buying cigarettes is 18, which some states previously raised to 19 and in some, smaller communities to 21.