You are here: Home / National News / No one harmed after highly toxic chemical spill at RinChem

PLEASANT VIEW, Utah: Marjie Higgins residing in the Evergreen Mobile Home Park in Pleasant View and her neighbors found a bottle while cleaning out an old shed. They were unable to recognize the liquid present inside, but thought it looked like nitroglycerin, so leaving it at the same place they called the police.

Salt Lake City Fire got a call just before 9 a.m. of a chemical spill near 5178 W. 150 South, according to spokesman Jasen Asay.

No one got harmed even though six people were present at site of the incident. After a checkup they were allowed to go home. According to the employees a faulty shelving unit caused the spill. 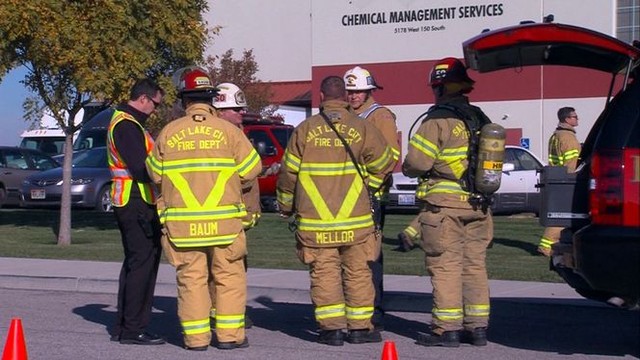 When firefighters reached , they saw a toxic amalgamation  of TCIR-ZR8690PB- a resin used in manufacturing flash drives, and a second chemical, on the floor.

Asay said. “There were 20 of them that were wrapped in Styrofoam and then stored in cardboard.”

When the bottles fell, they hit another chemical, resulting in mixing of the two. Asay said the two chemicals were “compatible” so they didn’t  produce any reaction.

It took four hours for the Hazmat crews to clear  the spill. The whole clearing up continued till 1:15 pm, and, Marjie Higgins returned home only after complete assurance.