A novel species of river dolphin has been discovered by the scientists in Brazil. Known as Inia araguaiaensis, it is the first new species to be found since 1918.

It can mostly be found in a 932-mile stretch of the Araguaia-Tocantins River system in Brazil. Scientists estimate the number of dolphins currently living in the basin is somewhere in between 600 to 1,500 and they propose they be known as “Araguaian boto” dolphins. 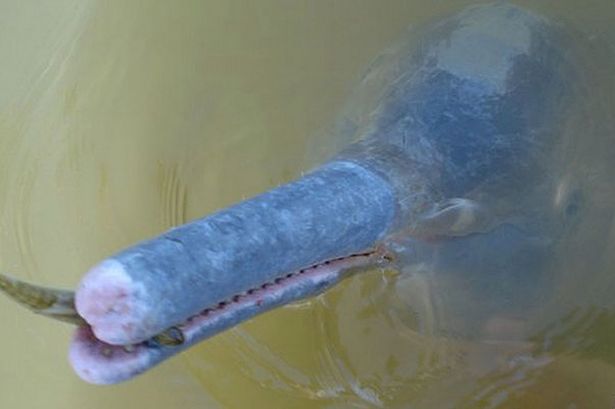 The fifth true river dolphin is amongst the rarest and most endangered animals. Of the four known species of river dolphins three are on the International Union for Conservation of Nature’s ‘Red List’.

Most river dolphins are known to be a habitat of the Amazon River Basin, but this new species is concentrated in the Araguaia-Tocantins River system, almost entirely detached from the Amazon basin. A series of waterfalls, rapids and other geological barriers can be thought as the major cause.

The animals differ enough genetically from the Amazon river dolphin and the Bolivian river dolphin that they represent a distinct species, and do not interbreed, the study shows. The new species looks quite similar in outward appearance to its cousin, but they do possess a slightly larger brain case.

But the real differences were found in the DNA samples, which helped the scientific team to conclude the dolphin was a new species.

“In science you can never be sure about anything,” said lead author Dr Tomas Hrbek, from the Federal University of Amazonas. “It was something that was much unexpected, it is an area where people see them all the time, they are a large mammal, and the thing is nobody really looked. It is very exciting.” “We looked at the mitochondrial DNA, which is essentially looking at the lineages, and there is no sharing of lineages.”

The researchers said they are worried about the Araguaian boto dolphins’ survival because there appears to be low genetic diversity and the human development in the region is also an ever growing threat.

The report was published in PLOS One Journal.