The Lunar Reconnaissance Orbiter Camera (LROC) aboard the LRO makes the imaging possible.

The LROC operations team worked with its LADEE and LRO to picture the spacecraft flying over the Moon beneath it.

According to a statement, the LRO was ready on the camera when the LADEE craft passed below in orbit around Earth’s favourite space rock. 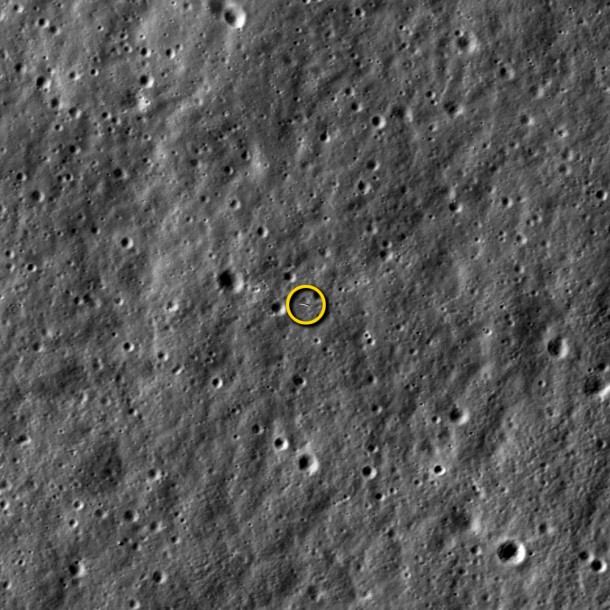 LADEE is in an east-to-west equatorial orbit and LRO is circling the Moon in a polar orbit south-to-north.

The LADEE and LRO teams worked together to capture this moment. They simply roll LRO at 34 degrees to the west so the LROC detector (one line) would be in the right place as LADEE passed beneath.

The picture is all the more impressive as the orbiter’s camera is a push-broom imager. It build-up images one line at a time.

The satellite passed into the narrow angle camera field for 1.35 milliseconds. This is the enough time for the smeared picture of its orbit.

The pair of satellites proximity very often with two weeks ago, the LRO got the snap of LADEE passing within 9km of it.

LADEE was launched on September 6, 2013 with an aim of gathering detailed information about the structure and composition of the thin lunar atmosphere and determine whether dust is being lofted into the lunar sky.

LRO was launched on September 18, 2009 to bring the world astounding views of the lunar surface and a treasure trove of lunar data.