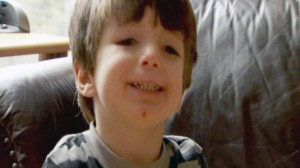 Born with heart defects, Corbin Dourant, 4, Oregon boy suffered with many ailments. The prominent of all is a very rare condition that is making his cerebellum shrink. The cerebellum is that region of the brain that has a major role in motor control.

The shrinking is affecting his muscle movement and speech and has made him unable to blink.

Mother Natalie Dourant said in a statement that he is an energetic and happy little boy. 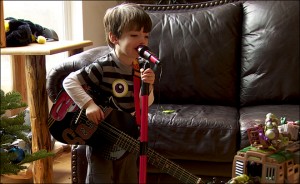 ‘It may be responsible for nerve degeneration,’ she said.

‘It may also cause problems with motor function and speech.’

“People always ask what’s wrong,” Durant said of strangers when they see Corbin for the first time.
“Up until three months ago he didn’t have a care in the world. … [But] he’s starting to understand.”

The condition of Corbin has left the doctors perplexed as even after so many days of research, the doctors failed to find out the exact reason behind the four year’s illness. The proposed cause of genetic disorder also faced negative result after multiple tests.

Now the family is headed to the renowned Mayo Clinic in Minnesota after the doctor’s recommendations.
The parents are hoping to raise $20,000 which is the initial consultation fee for Mayo, which the family doesn’t have. They have been organizing through bake sales and car washes.