Jim Harding has been hired as the new offensive line coach of Utah. He has replaced Dan Finn.

Harding has spent the past five seasons as an assistant on Dave Christensen’s staff at Wyoming.

Utah coach Kyle Whittingham in a released statement said, “We’re excited to bring Jim Harding on board as our offensive line coach. He is a bright young coach with a solid background and an extensive knowledge of our offensive system.” 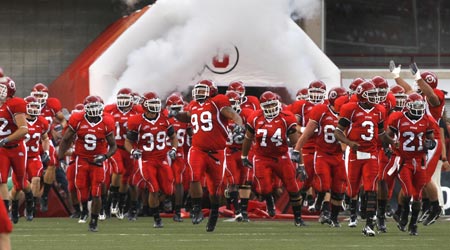 Harding and Christensen had earlier worked together as Utah’s offensive coordinators and have coached the Cowboys who finished 22nd in the country in total offense with 472.8 yards per game last season in Laramie.