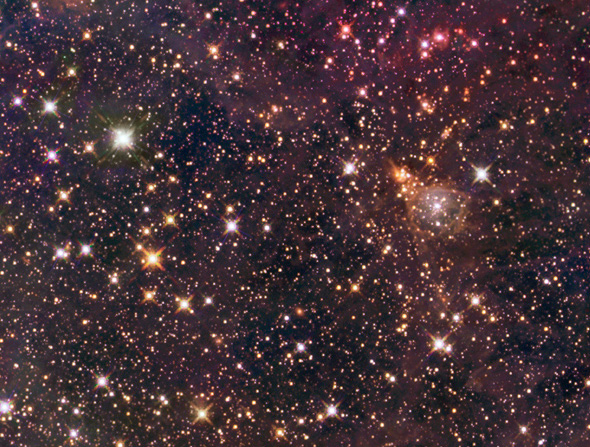 The near-infrared revelation of NASA’s Hubble Space Telescope reveals a glittery novel view deep in the interior of the Tarantula Nebula, an unimaginably huge star-forming gas cloud embedded with 800,000 stars and protostars in it.

The Tarantula Nebula, is also known as 30 Doradus and it resides 170,000 light-years away in the Large Magellanic Cloud. Magellanic Cloud is a miniature, satellite galaxy of the Milky Way.

These observations were element of the Hubble Tarantula Treasury Program which according to the scientists offer “the rare opportunity to investigate the process of star formation in an environment that resembles in metallicity, dust content, and star formation rate, the extreme conditions of the early universe.” 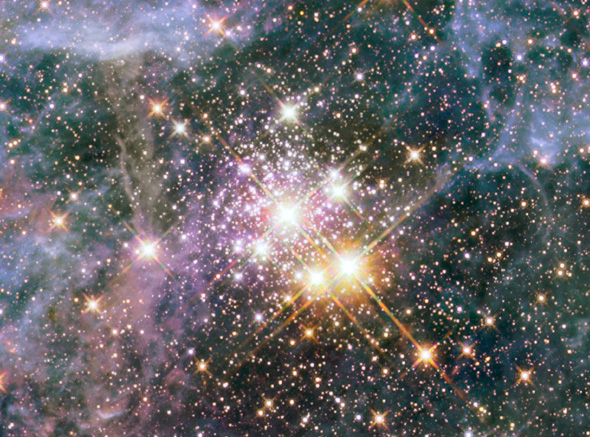 The program’s first outcome was published in the Astronomical Journal and is being presented at the 223rd meeting of the American Astronomical Society at National Harbor, Md. 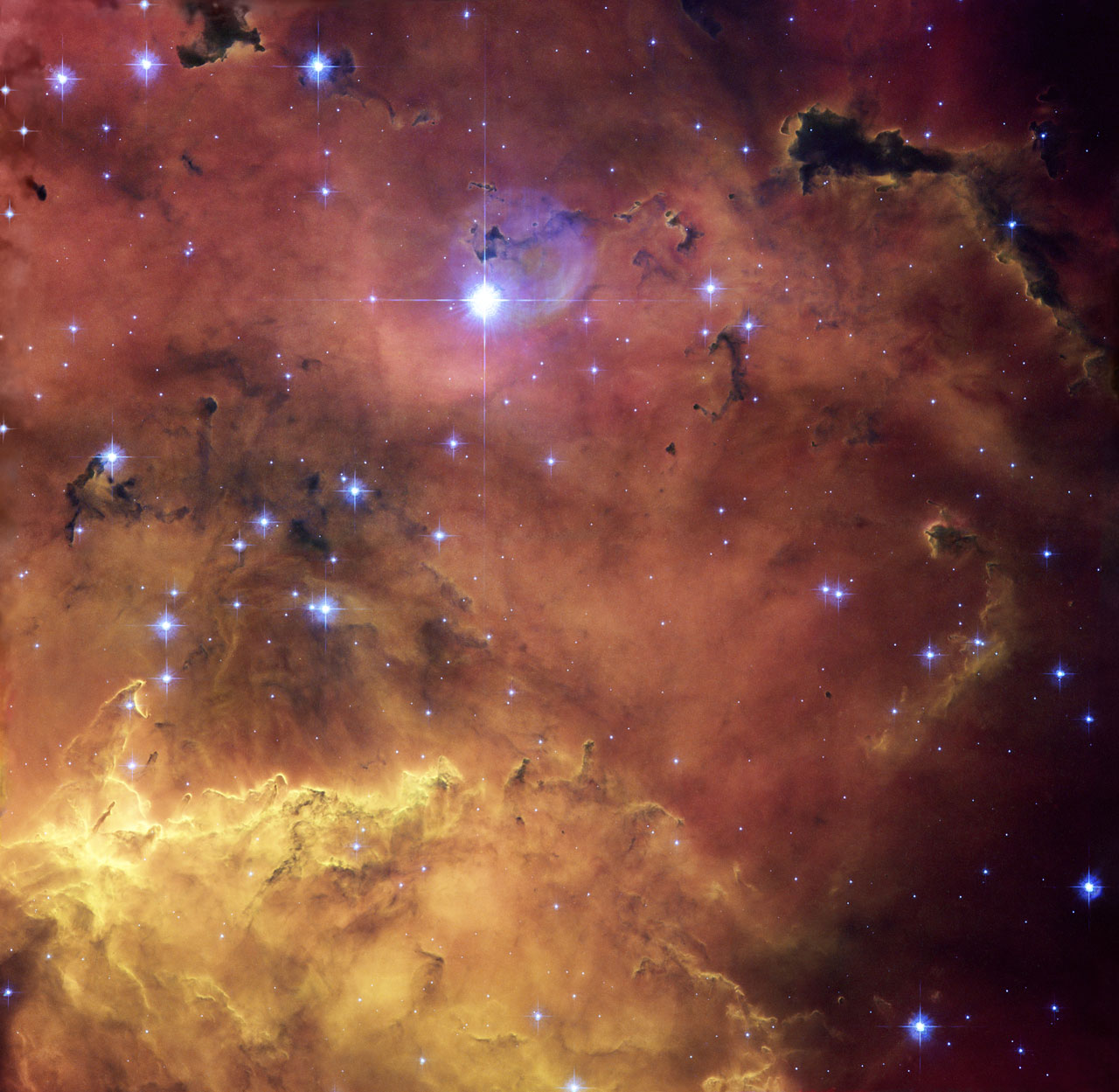 The brightest part of the nebula is R136, that is the chief cluster of stars in the nebula.The another tight collection of stars, is called Hodge 301, that is older than R136 by more than 20 million years.

Much amount of gas and dust cannot be seen around the cluster; it is said to be cleared out by the stars contained by.

“Because of the mosaic’s exquisite detail and sheer breadth, we can follow how episodes of star birth migrate across the region in space and time,” said Elena Sabbi, an astronomer at the Space Telescope Science Institute in Baltimore, Md., and the principal investigator of the observing team.

The question researchers are left out with is whether supermassive stars always form in clusters, or whether they can be born separately.