GlaxoSmithKline (GSK) has got green light from the Food and Drug Administration (FDA) for using a drug combination to treat melanoma, the deadliest form of skin cancer.

The US regulator has approved GSK for the combined use of Tafinlar, also known as dabrafenib, and Mekinist, or trametinib for melanoma medication.

The FDA approval was announced late on Wednesday.

It is noteworthy that the drugs, Tafinlar and Mekinist, have been already approved for separate use. 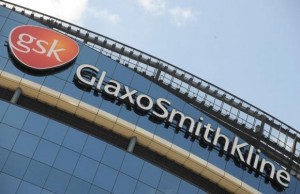 According to GSK, the combination of both the drugs will have a long-lasting effect on the skin cancer patients. Moreover, the industry experts also consider the idea to have great commercial potential.

Melanoma is less common form of skin cancer but can be more dangerous if it is not diagnosed early. It is responsible for 75% of skin cancer deaths. Melanoma has the potential to spread quickly to internal organs and therefore the patients at advanced stages have an average survival rate of six to nine months.