You are here: Home / Tech & Science / Great White Sharks Life Span Proven To Be As Long As Humans 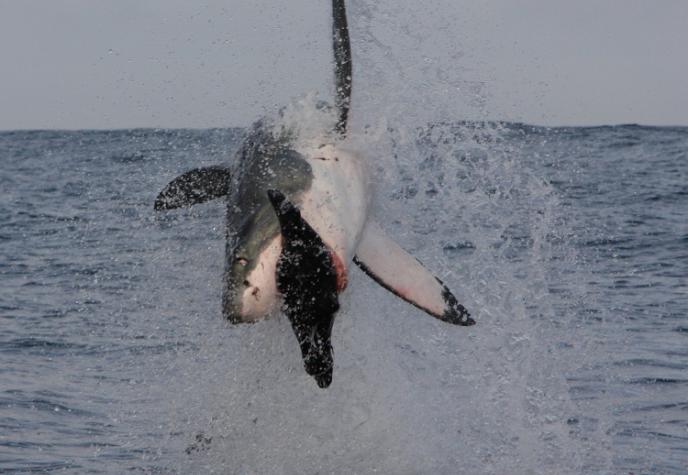 According to a new study the great white shark are found to have life as long as humans, 70 years or more, contradicting the researchers previous observations. Previously the lifespan of the white giants was thought to be about 23 years.

The species are found to be actually more prone to over fishing, being that they take much time to mature.

“White sharks in the northwest Atlantic are considerably older than previous age estimates,” some of which pegged the oldest great white sharks at around 23 years old, said study co-author Li Ling Hamady, a graduate student at the Woods Hole Oceanographic Institution. “Our results dramatically extend the maximum age and longevity of white sharks compared to earlier studies,” added Hamady.

The study was published in the journal PLOS ONE on Wednesday.

It was found that the remains of nuclear bombs called Carbon-14 (a radioactive isotope), that fell into the ocean, was absorbed by the sharks during a nuclear test conducted in mid-1950s to the 1960s. It created a kind of time stamp.

Finding the age in whales can be a more complex task as their vertebrae are layered tissue structure, created sequentially over an individual’s lifetime, but the alternating light/dark banding patterns can be narrow and it can be difficult to distinguish them. The bands need not necessarily signify annual growth.

Four female and four male sharks were caught from the Atlantic Ocean and their vertebrae was studied with the radiocarbon from 1967 to 2010.  The result of the study showed that when the rings were counted on small to medium sharks, the authors could deduce the age of the sharks. One male was found to be 73 years old and the largest female was 40, but the researchers  don’t have enough data that tells whether the female sharks had a different life span versus the males in the study.

This data initially proves that the sharks develop at a slow pace very similar to humans, so reproduction is also slow to develop. So sharks, which are in the vulnerability list of the International Union for Conservation of Nature, would take longer to reproduce and raise population numbers in the case of overfishing, Hamady said.

Now that we have gathered some more data about them and we know that the sharks can reach such advanced ages, that knowledge can be appliedfor their conservation.