You are here: Home / Health / Get Stress Free, Relieve Anxiety Through Meditation

Meditation is solution to many brain related problems like anxiety, depression and pain.  A new study conducted by researchers from the Johns Hopkins University says that those who have been indulging into thorough meditation from past many centuries have managed to succeed from their stress-related health problems to a larger extent.

The scientists used data from 47 existing researches to study effect of meditation on various conditions like substance abuse, eating habits along with depression and anxiety.  For the study, researchers analyzed 3,515 participants, many of whom were receiving training in mindful meditation for about 30 to 40 hours.  While analyzing the studies, they found moderate evidences to support the use of mindfulness meditation to treat such stress and painful conditions. 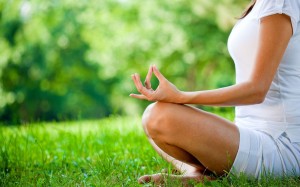 Dr. Madhav Goyal, an assistant Prof. of medicine who was one of the researchers of the study, said, “The maximum strength of evidence we found was moderate for anxiety, depression and pain; low for some others and insufficient for the bulk of outcomes we evaluated”.

Calling it an active training of the mind, scientists say that meditation increases awareness and helps in relieving pain and stress.

While studying the pattern of the participants, they found an improvement of 5% to 10% in relieving anxiety and about 10% to 20% in depressive symptoms among those who were practicing meditation as compared to others.

According to the National Institutes of Health, approximately 9 percent of people in US were reported meditating in 2007. Out of them about 1 percent said they practiced meditation as some sort of treatment or medicine.

The new research was published online on 6 January in JAMA Internal Medicine.