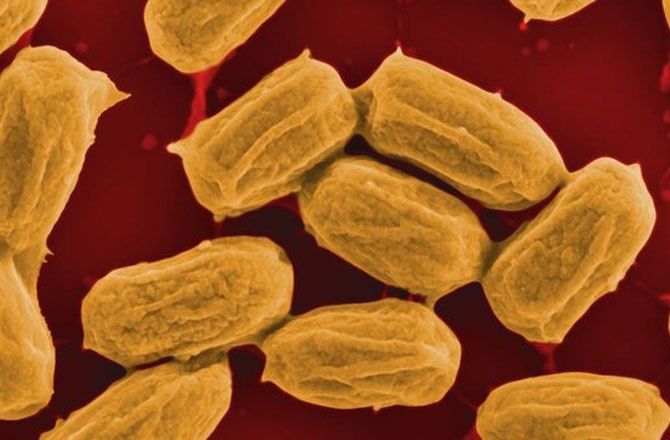 Researchers from Harvard’s Wyss Institute of Biologically Inspired Engineering and several other Universities have discovered a new electric generator from a modest and unexpected energy source i.e. a small strip of latex rubber coated with bacterial spores.

The harmless soil bacterium Bacillus subtilis turns itself into a toughened spore that can withstand heat and pressure.

These spores respond to humidity. Whenever the air is dry they shrink and when exposed to moisture they plump up again.

Scientists say that the experiment when executed on a large scale could facilitate electricity production from water evaporation.

The researchers coated one side of a sheet of rubber with the bacterial spores. When the sheet dried it curled up, much like a leaf does after it falls from a tree. Once the humidity increased the sheet straightened out again.

One of the researchers Ozgur Sahin added this sheet and built a humidity driven generator out of Legos.

Sahin has to experiment with other materials for the actuator but he concluded that rubber is more promising than silicon and plastic.

“Solar and wind energy fluctuate dramatically when the sun doesn’t shine or the wind doesn’t blow, and we have no good way of storing enough of it to supply the grid for long,” said Don Ingber, M.D., Ph.D, Director of Wyss Institute Founding. “If changes in humidity could be harnessed to generate electricity night and day using a scaled up version of this new generator, it could provide the world with a desperately needed new source of renewable energy.”

The study was published in the Jan. 26 issue of Nature Nanotechnology.