You are here: Home / Tech & Science / Fish of Might or Plight? One Quarter Rays and Sharks Susceptible of Extinction 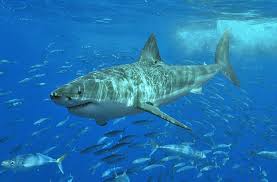 25% of the world’s sharks and rays population are under the threat of extinction according to The IUCN (International Union for Conservation of Nature) Red List of Threatened Species, with ray species estimated to be at a higher risk than sharks. An open access journal Elife revealed the study.

These particular conclusions forms a part of the first ever global analysis of these species carried out by the IUCN Shark Specialist Group (SSG). The deductions, which were released at the start of the year was accompanied by the 50th anniversary of The IUCN Red List. It comprises of the analysis of the status of conservation of total 1,041 sharks, rays and closely related chimaera species.

The whole exploration was carried out by the teamwork of 300 scientists from 64 nations hearsays, “the main threats to chondrichthyans are overexploitation through targeted fisheries and incidental catches (bycatch), followed by habitat loss, persecution, and climatic alterations.”

Dr Nick Dulvy, IUCN SSG Co-Chair and Canada Research Chair at Simon Fraser University , British  Columbia  says, “Our analysis shows that sharks and their relatives are facing an alarmingly elevated risk of extinction, In greatest peril are the largest species of rays and sharks, especially those living in shallow water that is accessible to fisheries.” Researchers believes that overfishing is the main cause for this endangerment.

The writers isolate two zones with greater than expected levels of threat: the Red Sea and the Indo-Pacific Biodiversity Triangle. The latter one is popularly known as one of the most biologically and ethnically diverse regions on the planet, but is also among the least-regulated.

“The Indo-Pacific Biodiversity Triangle, particularly the Gulf of Thailand, and the islands of Sumatra, Java, Borneo, and Sulawesi, is a hotspot of greatest residual threat especially for coastal sharks and rays with 76 threatened species.” The authors of the paper debate that without national and international interference In the matter, the species found in this area may swiftly meet extinction in the near future.

The paper quotes ‘finning’—the process of clipping off the fins and discarding the body back into the sea—as a major threat to sharks, wedge fishes and sawfishes.

The global market for shark fins used to prepare shark fin soup which is considered as a delicacy in Asia Pacific region, is a major reason in the depletion of not only sharks but also some rays with precious fins, such as guitarfish. Sharks, rays and chimaeras are also hunted for their meat. Other stuffs from these species consist of a Chinese tonic made from manta and devil ray gills and pharmaceuticals made from shark livers of deep sea. “It is estimated that the fins of between 26 and 73 million individuals, worth US$400-550 million, are traded each year.”

Some other prominent factors are shallow habitation and huge body mass are the chief aspects that determine a species’ probability of being threatened to become extinct. “The probability that a species is threatened increases by 1.2% for each 10 cm increase in maximum body length, and decreases by 10.3% for each 50 m deepening in the minimum depth limit of species,” the authors revealed.

In addition to cruel hunting and fishing by illegal fisheries, around 20 species of shark and rays are directly threatened by water pollution. 22 species are threatened by the destruction of river systems and inlets through residential and commercial space development. 12 species are in danger from the transformation of mangroves into shrimp farmsteads, and the dams’ construction and other water-control processes.

“While no species has been driven to global extinction— as far as we know,” the authors quoted, “at least 28 populations of sawfishes, skates, and angel sharks are locally or regionally extinct,” and “several shark species have not been seen for many decades.”